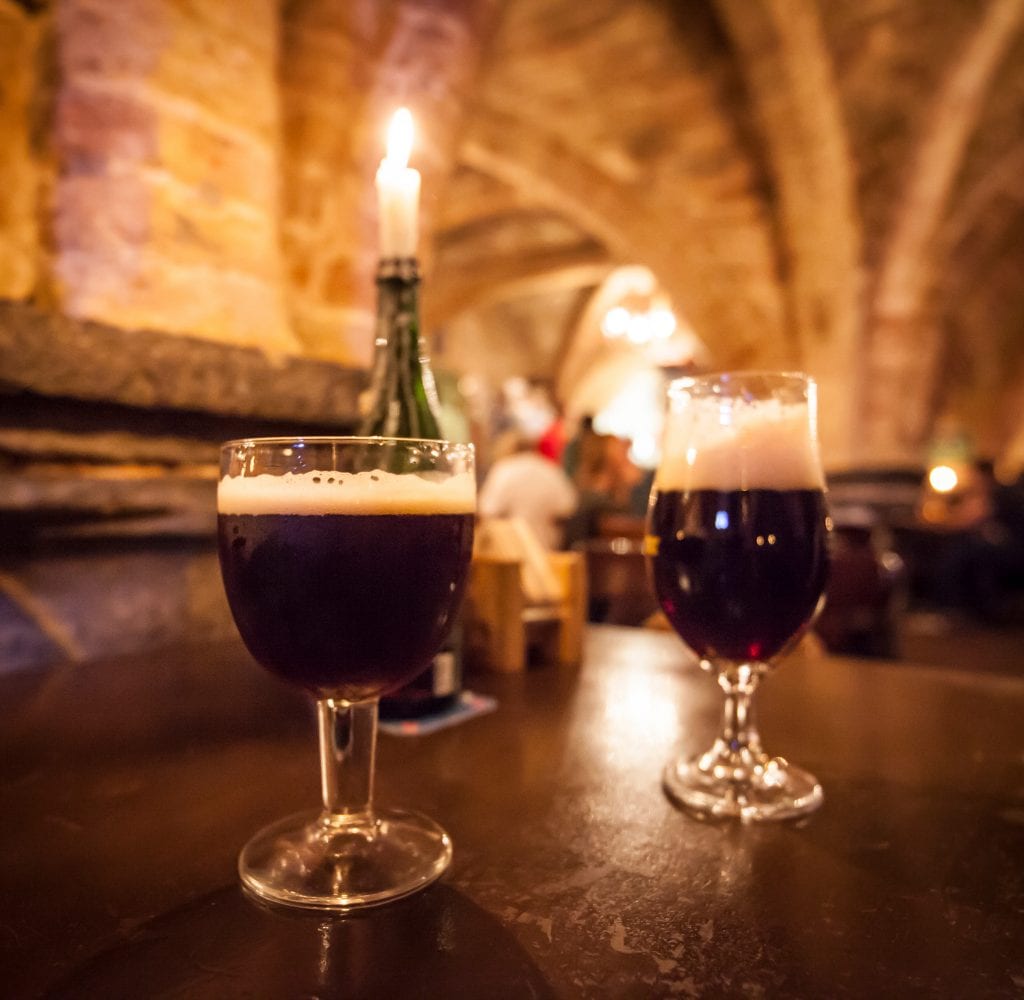 Beer and Gut Health: Everything You Need to Know

Your gastrointestinal tract (gut) is vital to your health, and people are increasingly realising that a healthy gut can have positive repercussions in other aspects of your life. The media has recently made a lot of noise about the effect that beer has on gut health, promising both positives and negatives. But I really wanted to find out for myself. In this article, I will take a look at everything you need to know about beer and gut health.

There is some evidence that beer is good for gut health, particularly certain Belgian beers that have been fermented twice. Beer also contains certain vitamins and minerals that may be beneficial. But any good is likely to be negated by the alcohol content, which can damage the lining of your stomach.

Whether beer is beneficial or not is hard to say. As with much of nutrition, it may well be helpful for some and unhelpful for others. In this article, I will examine whether beer and gut health has a positive or negative relationship. 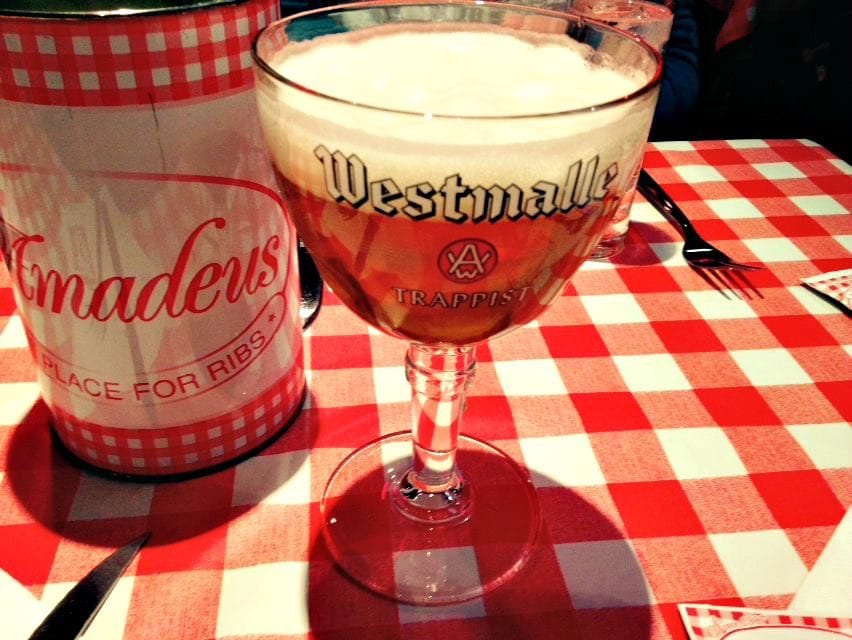 In November last year (2019), A Dutch Academic called Eric Claassen made headlines when he claimed that certain Belgian beers were a good source of probiotic microbes. Making them beneficial for gut health.

The beers that were beneficial were ones that had been fermented twice. Double-fermented beer is not that rare, but to see the probiotic benefits the beer also has to use a certain type of yeast.

The idea is that the second yeast, that is used during the second fermentation produces acids that kill harmful bacteria in the gut. The list of beers that are both fermented twice and use the correct yeast is quite low.

The three beers that were mentioned were:

As you can already see, this is not a particularly large list! So the headline “Beer can help you combat obesity” from the Daily Mail is already quite misleading. A more accurate headline might be “Three beers out of a list of hundreds of thousands may help improve gut health”. But I guess that’s why I’m not a journalist.

But how accurate are these claims? 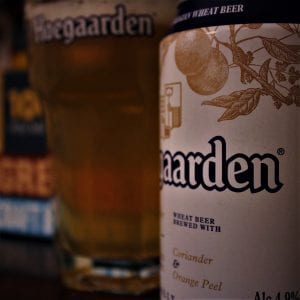 Anatomy of the Gut

The gut is a common term for your Gastrointestinal (GI) tract. Your GI tract starts at your mouth, and travels all the way to your anus. Remember when I used to write about how nice beer is? Anyway, you can split the gut into four sections: The upper GI tract and the lower GI tract.

The main job of the GI tract is to transport, digest, and absorb the food and drink that you consume. The GI tract is also an important component of our immune system, preventing pathogens from entering your circulatory system. Stomach acid is also effective at killing off many harmful microorganisms. Your large intestine also protects you, as it is filled with good bacteria. The good bacteria compete with harmful bacteria for fuel.

Provided you have a good ratio of good to harmful bacteria, your GI tract should remain healthy. Sadly, there are many diseases or health conditions that can affect gut health. Some of them are relatively minor, while others can be life-threatening. I could go into a lot more detail here, but it’s not particularly relevant to the discussion.

Role of Probiotics in Gut Health

One of the most famous probiotics is Yakult. It is interesting to note that Professor Eric Claassen, who we looked at earlier (beer guy) was talking at a Yakult sponsored event. Probiotics companies have been going from strength to strength in the last few years, despite a lack of scientific evidence to support their claims.

There are several proposed benefits of probiotics, that have limited evidence to support them. Probiotics may help to reduce the length of certain illnesses, they may also help fight depression, and there is evidence that people who take probiotics tend to suffer less sick days than those who don’t.

Though this could well be due to correlation. People who consume probiotics are also more likely to eat healthier, exercise more, and be in better shape physically.

At this moment in time, the scientific consensus is that probiotics are most probably ineffective. Most would be destroyed by the acids in your stomach before they have a chance to work. The amount of bacteria already in the gut is also likely to be unaffected by such a small increase in “good bacteria”. But, it is impossible to say for certain whether they work or don’t work at the moment.

Out of the two, prebiotics are more promising than probiotics. Though both prebiotics and probiotics have been subject to some fairly ridiculous health claims by supplement companies and some scientists. Prebiotics could well be effective at improving gut health, and there does appear to be some evidence that beer contains prebiotics.

A 2017 study by Kanyer et al looked into whether beer contained prebiotics or not. The study found that beer contains:

The study found that several forms of good bacteria were able to use the β‐linked oligosaccharides to grow. The researchers “tentatively” proposed that beer may contain prebiotics.

Is Beer Good For Gut Health?

Alongside the potential probiotic and prebiotic benefits of beer, you may also see some small benefits due to beer containing B vitamins. One of the main functions of B vitamins is creating new blood cells. Which is necessary for good gut health. The soluble fibre we mentioned above is also beneficial. But in all honesty, whether beer is good for gut health depends on whether it contains probiotics and prebiotics. And whether probiotics or prebiotics are good for gut health.

Another common belief is that beer may be able to kill germs. While it is technically possible, you would need a very high alcohol beer to do so. Any beer that was strong enough to kill germs, would actually do more harm to your gut lining!

Sort of like getting rid of a wasps nest with a nuclear bomb. Sure, the wasps aren’t there any more. But now you’ve got a bigger problem. If you’ve read my article on food poisoning and beer, then you’ll already know that bacteria such as salmonella cannot survive in beer. But the idea that beer can prevent food poisoning is a lot more controversial.

Is Beer Bad For Gut Health?

Alcohol can be very bad for gut health, particularly if you drink too much. A 2000 study in the American Journal of Gastroenterology stated that:

Gastritis is the medical term for inflammation of the stomach lining. Even moderate drinking can lead to mild inflammation of the stomach lining, but heavy drinking can lead to chronic gastritis. Alcohol can also lead to reduced absorption of vitamins and minerals during the digestion process. Another example of why the prebiotics and probiotics may not be that effective.

Does this mean that drinking beer will lead to an unhealthy gut? No. A few beers a week will likely do no harm whatsoever to your gut health. Provided you have no underlining conditions, and that your diet and lifestyle are healthy then your gut will easily be able to deal with beer.

In the future, there may be more evidence that certain beers can be beneficial. But even then, the beers that have been talked about by Professor Eric Claassen were all very high in alcohol (as are the majority of Belgian beers).

Walking from your house to MacDonalds is not healthy, even though it boosts your step count. Because overall you are going to be consuming more calories than you have burned. It’s the same thing with beer. Consuming prebiotics, probiotics, and B vitamins from your pint of high strength Belgian beer is not going to be healthy, because the alcohol in the beer is going to do more damage to your gut.

How to Protect Your Gut

Just because beer may not actually be all that healthy, it doesn’t mean that you can’t protect your gut through nutrition. Eating foods that are high in fibre is going to help improve gut health, as is exercising, sleeping well, and avoiding too much junk food, booze, and drugs! Your body is incredibly resilient, and it can take a lot of damage from bad habits. But this damage is reversible, provided you start to take back control.

No, I am not advocating a detox, you can still drink beer and enjoy life. But looking at your diet as a whole may not be the worst idea. Metabolic diseases such as obesity and diabetes can make it harder to keep your gut healthy, so following a calorie-controlled diet could be a big step in the right direction.

It is too early to say whether probiotic foods are good for the gut, or if they are irrelevant. But there are still benefits to consuming them. For example, sauerkraut is high in vitamin C, vitamin K, and vitamin B6.

Not many studies have actually looked at the effects of exercise on the microbiome. But recently, several studies have found that exercise can improve gut health by changing our gut microbes. Scientists are not sure how this occurs, or why, but the important thing is that we know that it can lead to positive changes.

Here is a quick list for everything you need to do to ensure that your gut is in top condition.

This list should be enough to keep you going, and following it will provide numerous other benefits to your physical and mental health. Each one is much more effective than drinking high alcohol Belgian beers on the off chance that they’ll actually do anything! 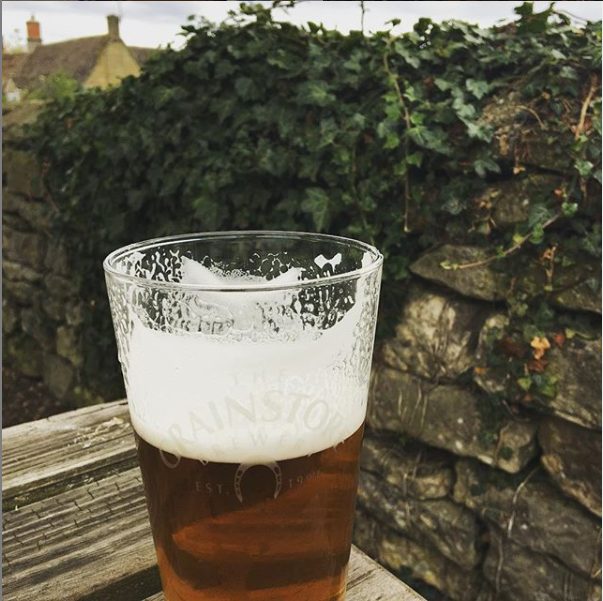 The reason that articles such as the ones I’ve mentioned are so popular is that they give us hope. The idea that drinking beer is actually beneficial rather than a guilty treat is very seductive. But sadly, they almost always fall apart when looked at under the microscope.

Drinking beer is fun, easy, and I absolutely love doing it. But drinking beer is not healthy. You can still lead a healthy life while indulging. That’s literally the point of this website! But I am not here to tell you that drinking beer will improve your health. It won’t.

Even if there is a net-benefit to drinking beer (and so far, this does not appear to be the case) there are other things you can do. Exercising more would be much more effective than increasing your probiotics. As would losing some weight. Eating more fibre, eating more fruit and vegetables, eating fewer chips, would also help.

But that sort of news doesn’t sell papers or get people to click on links. So don’t expect the Daily Mail to start reporting on that! Enjoy your next pint, savour the taste. But don’t kid yourself. It’s not helping you. It just tastes amazing.