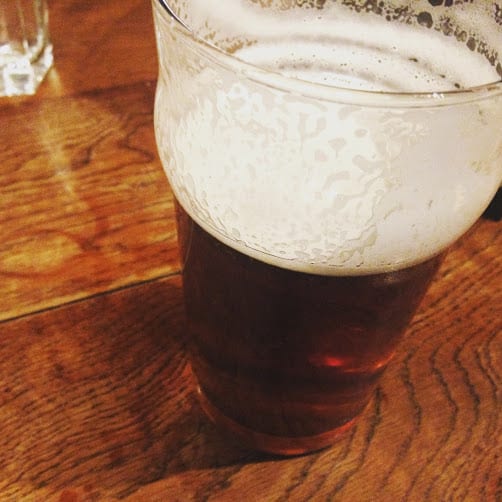 So, now that we have our answer, it is probably best that I explain myself! How can drinking beer prevent kidney stones while also increasing risk?

What Are Kidney Stones?

If the kidney stone is small enough, you may not even notice. Your urine may be cloudier than usual, but that’s it. Problems occur when the kidney stone becomes larger. A kidney stone that is larger than 5mm is large enough to cause a blockage. If the stone causes no symptoms then it can be ignored. But if there are any symptoms it will have to be removed. Symptoms of a kidney stone blockage include:

If any of these symptoms are present, no beer in the world is going to help you! Get yourself some medical attention. If you have a large kidney stone (98% of kidney stones are small enough to pass naturally), then you will either have it removed using shock wave therapy, or you will have to have it surgically removed.

You may be surprised to know that there are several different forms of kidney stone.

Does Beer Cause Kidney Stones?

The chances of beer directly causing kidney stones are incredibly low. Though it is possible. Beer is high in purines, a chemical compound that is found in all foods. But beer (and several other forms of alcohol) are particularly high in purines. High levels of purine in beer can cause a build-up in uric acid. Alcohol also inhibits the body’s ability to eliminate uric acid. A double whammy!

Having said all that, the chances that the beer in your hand is going to cause kidney stones are quite low.

Most people who get kidney stones have underlying conditions (people with Chrones disease are highly likely to get kidney stones for example). There is also a genetic factor to consider. While beer can cause kidney disease and obesity, it takes a lot of beer to do that. Moderate to light beer drinking alone does not lead to kidney disease or obesity. It is usually one of several factors.

Bottom Line: Yes, beer can cause kidney stones. Though this is usually indirectly through increasing your risk of obesity and placing strain on your kidneys. The purine content of beer may also lead to kidney stones, but this is very rare.

If there is a chance that beer could cause kidney stones then how can beer prevent kidney stones? It’s certainly an interesting topic (at least it is to me). If you have the beginnings of a kidney stone, then frequent urination can help you to pass it. Beer as a diuretic will increase urination, and due to the volume of beer, you drink it is more helpful than other forms of alcohol. Remember a beer is usually 95% water. However, you would also need to be drinking enough water to avoid dehydration.

As a method for managing kidney stones, beer is an okay solution. It increases urination and in combination with water could help you to stay hydrated. Choosing a low-alcohol beer (2-3%) would be your best bet. Remember, the higher the alcohol content, the less useful it will be. But there are better methods to increase urination. Just drinking a lot of water would work for a start!

But does beer-drinking prevent the formation of kidney stones in the first place?

A 2013 study by Ferraro et al compared different drinks to see which drinks were more likely to cause kidney stones. It found that those who drank beer regularly were 41% less likely to develop kidney stones. This is not however, the only study to have found that alcohol can reduce the risk of developing kidney stones.

Studies by the same team in 1996 and 1998 also found that regular consumption of alcohol reduced the risk of kidney stones. The most likely reason for this may be that drinking can lower levels of antidiuresis hormone (the hormone that stops you urinating).

“Alcohol ingestion is associated with a diuresis; although some evidence exists that alcohol intake may reduce circulating levels of antidiuretic hormone with subsequent urine dilution” Ferraro et al 2013

Bottom Line: There is a relationship between frequent beer drinking and a reduced risk of kidney stones, but the cause is unknown. Whether it is correlation or causation is yet to be determined. Light to moderate beer drinking could help, but heavy drinking will not help.

How to Prevent Kidney Stones

This first one is not a certainty, but there could be a connection between high doses of vitamin C and kidney stone formation. A 2016 study failed to find a strong association, but there is still a possibility. The idea is that excess vitamin C is converted into oxalate which is then excreted through urination. But the increased oxalate can form calcium oxalate. While the evidence is so far inconclusive, you may want to reconsider your vitamin C supplement.

Sodium has a lot of health benefits, so please don’t try to eliminate it from your diet. But many people tend to consume a lot more sodium than they should. High sodium levels can be dangerous for your health, but can also increase your risk of kidney stones. This is because sodium can increase the amount of calcium in your urine. As we now know, high calcium levels in your urine can turn into kidney stones.

By now the importance of staying hydrated should be clear. A 2016 meta-analysis published in the Journal of Nephrology compared the outcomes of several studies into hydration and kidney stones. It found that drinking more water not only reduced the risk of recurring kidney stones, it reduced the risk of getting one in the first place. The study found a:

#4 Swap Out Some Animal Protein for Plant-Based Protein

Before this next one, could any vegans who are about to act smug just remember that one of the causes of kidney stones is calcium that is found in dark leafy greens? Cheers.

Animal protein is a potential cause of kidney stones. Just like beer, animal protein (meat, dairy, etc) is high in purines, which can lead to excess uric acid. Meat can also be high in sodium. You don’t need to remove meat and dairy from your diet, but swapping in some plant-based protein sources every once in a while couldn’t hurt.

When life gives you lemons … make sure you rip them apart with your teeth and drink that sweet citric acid down as if your life depended on it. Because citrate in citrus fruits can help to prevent kidney stones! A 2007 study found that drinking lemonade (the one made with real lemons) improved urinary citrate as well as total urine volume, making it effective at reducing the risk of kidney stones.

Yeah, I’m putting this as a recommendation. There does appear to be a correlation between drinking beer regularly and being less likely to get kidney stones. Just don’t drink heavily, and lead an otherwise healthy life.

Several studies have found that consuming sugar-sweetened fizzy drinks can lead to an increased risk of developing kidney stones. Interestingly, fizzy drinks that use artificial sweeteners such as aspartame would be okay. This is because they don’t contain fructose (which appears to be the cause) and can hydrate you.

Does drinking beer prevent kidney stones? Perhaps. It certainly isn’t the only way to reduce your risk. Too much of it can actually increase your risk. The media tends to either portray substances such as alcohol as amazing or terrible. But science rarely works that way. Beer may have some small health benefits, but too much beer is definitely bad for you. Don’t let attention-grabbing headlines fool you. Life is never that black and white!

The best thing that you can do is to stay hydrated whenever possible, reduce your sodium intake (if it is too high), and try to avoid drinks that are high in fructose. Chucking your vitamin C supplements in the bin might also be helpful, as would adding a few more plant-based protein foods.

Now you can sit back, uncross your legs (if you’re anything like me they’ve been crossed since the words “worse than childbirth”), and open up a bottle of amazing kidney stone destroying beer.

Previous Post XPA Beer: Everything You Need to Know Next Post With Apologies to the Body Coach