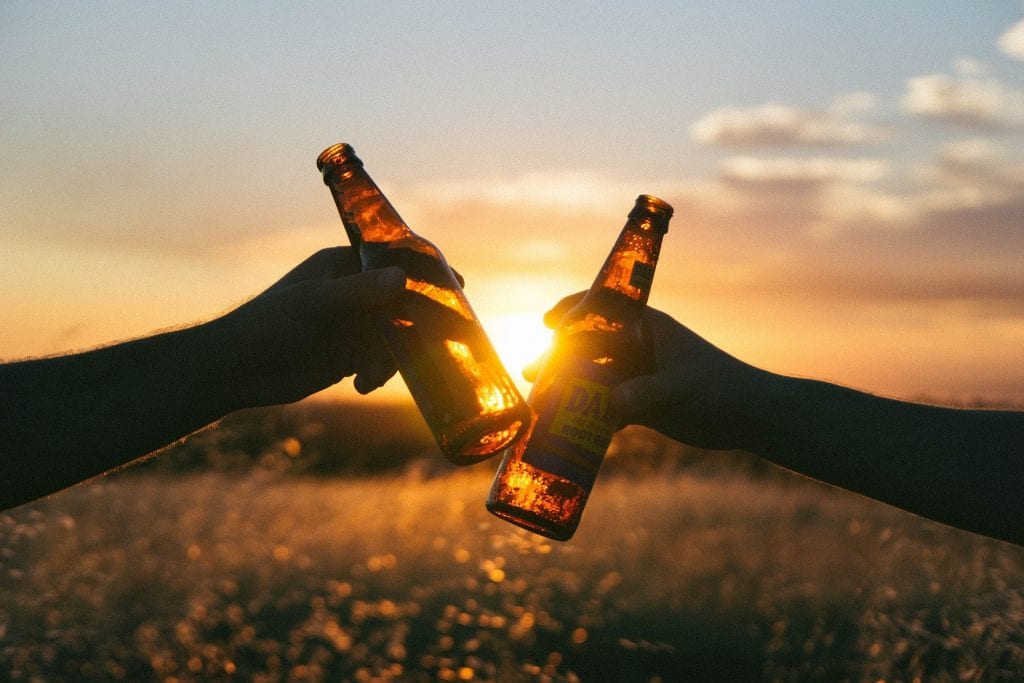 Does Beer Hydrate You? An In-Depth Look

Beer is 95% water, so it really should hydrate you right? However, that extra 5% is mostly made up of alcohol. Which is a diuretic. This means that it can dehydrate you. So which is it? Does beer hydrate you? Or does it dehydrate you?

Most beer available nowadays will not hydrate you, a beer that is over 4% alcohol will dehydrate you by increasing the frequency of urination. Very low alcohol beer will be able to hydrate you, and for centuries beer was used for hydration alongside water.

There are a lot of misconceptions about alcohol and dehydration, and the media has been responsible for most of this. In this article, I will attempt to delve deep into the science and history of beer and give you a definitive answer.

The Truth About Hydration

Why is hydration important? Did you know that your body weight is made up of 60% water? This can differ from person to person, based on a number of factors. But on average, it is 60%. Different cells in your body can hold different percentages of water. Your muscle cells are 75% water, while fat cells (adipose tissue) is 25% water. Your blood is 83% water.

You can use the Precision Nutrition Weight Loss Calculator to determine your metabolic rate. Then you drink 100ml for every 1,000kcal of your metabolism. If your metabolism is 2,000kcal per day, then you need to drink two litres of water. Two litres of water is around eight glasses of water, but remember that the food you eat also contributes water. Around four glasses or so. Then there are drinks like tea, coffee, and fruit juice, that also contain water. It is possible to hit your daily water intake without drinking a single glass of water! 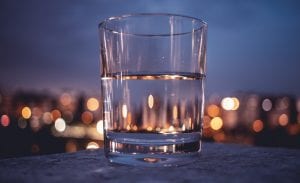 Water has many functions within the body.

What Happens When You Are Dehydrated?

Dehydration occurs when your fluid balance becomes negative. When your body is expelling/using more water than you have consumed, and stored water begins to become depleted. A common sign that you are dehydrated is that you feel thirsty, but this is not always a good indicator. You lose water through a variety of mechanisms. Breathing will result in a loss of water, as will evaporation of water from your skin. Water lost through sweating is a major contributor, as is water lost through urination or defecation.

One of the biggest causes of dehydration is exercise, particularly exercise performed outdoors during sunny weather. When you are exercising in hot conditions you are losing water from a number of different areas. You are breathing more, which is leading to a loss of water, and your body is sweating to reduce your body temperature. Just being outside in hot weather and not exercising can lead to a massive increase in fluid loss.

Does Beer Hydrate You? 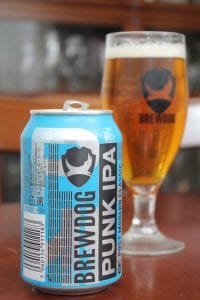 On the whole, it would be fair to say that alcohol does not hydrate you. Alcohol is a diuretic, and drinking can lead to a suppression of the hormones that regulate urination. Your pituitary gland produces a hormone called Vasopressin (also known as “anti-diuretic hormone” or ADH). This hormone is released when your body feels that you are becoming dehydrated. Its purpose is to prevent you from needing to urinate.

Alcohol suppresses this hormone, which means that your body will stop preventing you from needing to urinate. Ever heard of “breaking the seal”? That’s where alcohol has suppressed vasopressin and now you need to urinate much more often. (Credit Dr Karl for this info)

Another issue is that alcohol that is over 4% actually causes you to urinate more water than is contained within your beer. So if you drink 1 pint of beer, you would urinate more than 1 pint. This water will come from stores within your body (muscle cells, fat cells etc). The more you drink, the larger the water debt you are creating. Kind of like earning £100 per day, but spending £105. You may have £500 saved, but after 101 days your savings will be gone.

The advice to drink extra water in between pints does work to some extent.

Not only will it top up your water levels while you’re drinking. But the extra trips to the toilet and the time it takes to drink the pint of water in between beers will slow your drinking down. Giving you a better chance of pacing your booze. But sadly, there is a finite amount of water you can drink, and you’ll still get a hangover the next day!

“But people used to drink beer instead of water hundreds of years ago! How did that work?”

A History of Beer 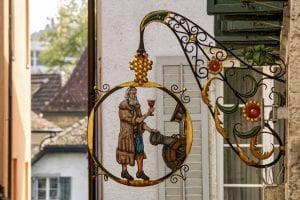 There is archaeological evidence that beer was consumed 13,000 years ago. It has become a part of almost every culture since the cultivation of crops. Ancient Egyptians paid their workers in beer, with workers getting paid 4-5 litres of beer each day! There is a common belief that people drank more beer or wine during the middle ages than they did water. But this isn’t exactly true. It doesn’t even make logical sense if you think about it.

The belief is that because the water used in beer was boiled before being fermented, it was cleaner than regular water. While this is certainly the case for some water, there were many clean water sources available. Also, would it not make more sense to just boil the water, cool it, and then serve it? Rather than make beer?

But people in the middle ages did drink a lot of beer*, and it was much more common for people to drink with their meals or during the day than it is today. From what I can tell after several hours of internet research, the following process occurred:

It’s hard for me to weigh in on this subject as I am not a historian! But I will say this. We talk about the Medieval period as if it was a decade in England. But it spanned hundreds of years and several continents. A couple of incidences of people talking about water drinking may not represent the entirety of Medieval people.

What we do know is that there have been many times in history where people drank a lot more beer than would be considered normal nowadays. In London, during the 18th century, beer drinking was ubiquitous. This was partly in response to the Gin Craze, partly due to the water in London becoming almost undrinkable, and partly due to beer being a lot weaker than it is today.

Beer has been used as a nutritious alternative to water for many years across different cultures. It contained many vitamins and minerals and would have been weak enough that it would not have caused dehydration or impairment.

* To find out more, why not check out my article on the history of hops in beer?

While many people drank beer in the 18th century, it would not represent the type of beer that you are used to drinking on a Saturday night. If it was, then nobody would have been able to accomplish anything! That’s not to say that there wasn’t high alcohol beer. According to this article from the University of Maryland, beer would be brewed as normal. Then it would be brewed for a second time, and then a third.

By the third brew, the beer had little to no alcohol left. It was called a “Small” beer, and it was deemed suitable for children. The idea that children were drinking pints of Stella and then heading off to school is sadly unfounded.

Many beers through history would appear very weak in comparison to today’s beer. The beer that the Ancient Egyptians were drinking was hardly going to be full strength if people were drinking 5 litres of it per day.

Non-alcoholic beer does not produce a diuretic effect. If you drank a pint of beer that was <3% alcohol then there might be a very low diuretic effect, but this would be outweighed by the hydration from the drink. Remember, beer does not have to be alcoholic to still be classified as such. If you drank large enough quantities of a beer that was around 3% then the volume of alcohol may affect that ratio. 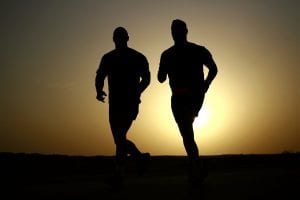 Fancy getting shitfaced after this?

There is a lot of speculation that low alcohol beer may be as effective as an isotonic drink when it comes to recovery from exercise. But so far, the science has not shown this to be the case. Low alcohol beer is not more effective at rehydration than an isotonic drink, but it can still be effective. Provided that the percentage is closer to 2%. Beer closer to 4% can help with rehydration, but it slows the whole process down.

If you have exercised recently, and then go to the pub with your team/workout partner, you can still drink beer. But just be aware that it will slow down recovery. If you have been exercising at a high intensity, then your body may well be dehydrated. Quenching your thirst with high alcohol beer is not a good idea. Because while you will begin to rehydrate in the short-term, once the alcohol has affected vasopressin levels you will begin to urinate more.

Does Beer Hydrate You in Hot Weather? 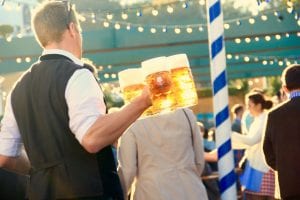 3 small beers and then I’m gone

If beer can hydrate you after exercise, then does beer hydrate you in hot weather? Again, it comes down to several factors:

The idea of drinking an ice-cold beer while sitting outside in glorious sunshine is such a powerful image that it’s actually difficult to continue writing. It’s what summer is all about! But as someone who is particularly prone to sunstroke (I have the complexion of A4 paper), I’m always aware that this is not something I can do for a prolonged period of time.

Sunburn etc is my main concern, but dehydration is a close second. While I can talk about 2% beers and hydration strategies, the truth is that almost all of the beer on sale in pubs and bars is over 5% in strength. Meaning that the ratio of hydration to dehydration is not in our favour.

What started off as a simple question “Does beer hydrate you?” has ended up taking me on one hell of a journey (not physically you understand, I’m still sitting in front of my desktop). We’ve looked at what constitutes a beer. It can be low-alcohol, non-alcoholic, regular, or high-alcohol. So long as it is made from water, grains, yeast, and hops, it still counts as a beer. We’ve also looked at what can cause dehydration, and how alcohol can cause/exacerbate it.

Let’s outline the facts as we know them:

While there are a few clear loopholes (non-alcoholic beer still counts as beer), the general consensus would be that most beer does not hydrate you. The idea that people in Medieval times were drinking beer instead of water seems to be a fallacy. But “small beer” and other weak variations may have been popular due to their nutrition and guarantee of sanitation.

Previous Post What is the Best Beer for Beef Stew? Next Post How Does Beer Affect Your Hormones?