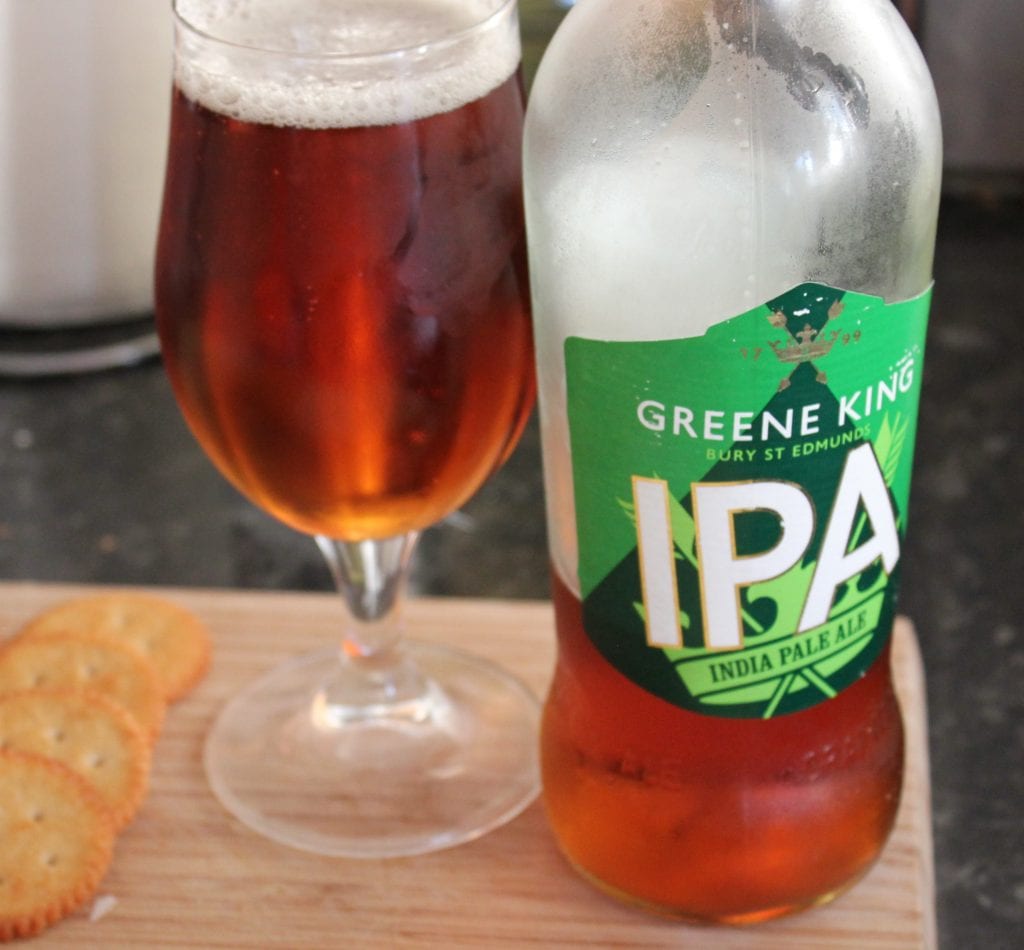 Greene King IPA: Everything You Wanted to Know

In this article, I will be taking a more in-depth look at the questions above and try to answer them thoroughly. I will also take a look at beers that are similar to Greene King IPA, in case you fancy a change.

How Many Calories Are There in a Pint of Greene King IPA?

Finding the answer to this question was challenging. The website doesn’t say, and there are a bunch of different estimates online. Instead of trusting the internet, I emailed Greene King directly. They informed me that there are 37.3 calories per 100ml. I used this information to work out the different calorie amounts for each serving type.

How Much Alcohol is There in a Pint of Greene King IPA?

What Beer is Similar to Greene King?

Greene King IPA is an English IPA, an original. This style is very far away from American IPAs and is a lot closer to pale ales. To make things even more confusing, I am going to recommend an English IPA brewed by an American brewery as an alternative to Greene King. Apologies if your head just exploded trying to work that one out!

Goose IPA by Goose Island Brewery is a fantastic beer, that blends the English and American IPA styles together really well. It is stronger and hoppier than Greene King IPA, but easy to drink like English IPAs.

Going back to real English IPAs, you’ve got India Ale from the Samuel Smith brewery which is a great sessionable beer. Stronger than Greene King IPA in taste and in alcohol, a “proper” beer. Fuller’s Bengal Lancer is another excellent alternative.

Hobgoblin IPA is a new challenger, only 3 years old at the time of writing. But since it has come out it has won several awards. Being named the World’s Best IPA in the 2018 World Beer Awards, as well as UK’s best beer.

I haven’t tried it myself yet, hence my reluctance to add it here. However, I can’t ignore a beer that has won that many awards, and I love every beer I drink from Wychwood so this feels like a great call.