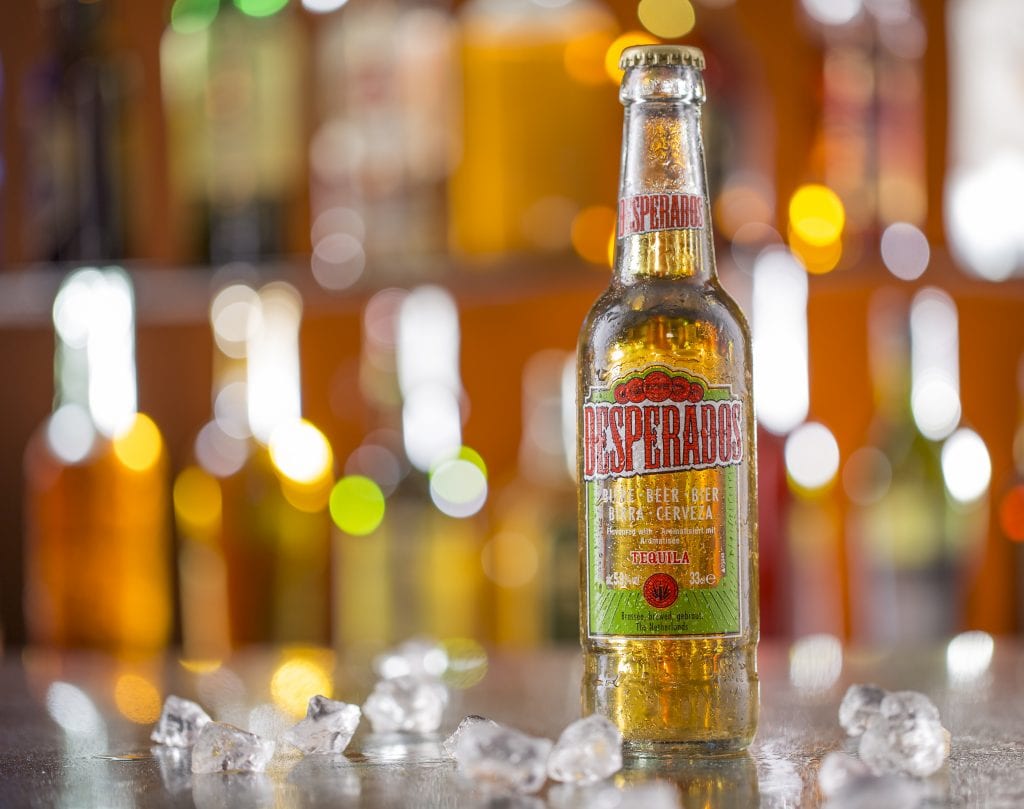 Desperados Fact File: Everything You Wanted to Know

Desperados is the beer you pretend to your friends that you don’t like, but halfway through the night, you end up drinking one anyway. A tequila flavoured beer, what’s not to like? But how many calories are there in a bottle of Desperados? How strong is it? Is Desperados gluten-free? Or vegan? What beer is similar to Desperados?

A 330ml bottle of Desperados contains 195 calories. Despite its reputation, Desperados is only 5.9% abv. Because it is brewed with malted barley, Desperados is not gluten-free. However, it is vegan.

In this article, I will take a closer look at the above questions. I will also try to find some beers that are similar to Desperados. Just in case you want something a little different.

How Many Calories Are There in a Bottle of Desperados?

Thanks to the Desperados website, I found an accurate nutritional information section. Desperados contains 59 calories per 100ml. If you’re wondering, that is a LOT of calories for a beer. Most lagers are around 45-48 and Ales are often 35 calories or lower! I’ve used the calorie information to work out the calories for the different serving sizes.

How Much Alcohol is There in a Bottle of Desperados?

A bottle (or can) of Desperados contains 5.9% abv. This is quite high for a commercial lager, but there are many beers that are stronger. This was a bit surprising to me. When they first came out on the market, I genuinely believed they contained actual tequila and were therefore very strong. But apparently they only contain aromatics that come from tequila. Which is not the same thing.

No. Desperados is, like almost all beers, brewed with malted barley. This is a source of gluten, so Desperados cannot be gluten-free.

Yes, because Desperados is not brewed with isinglass (or similar collagen products) it is free from animal products and therefore vegan-friendly. To learn more about isinglass and drinking beer as a vegan check out my article on the subject.

What Beer is Similar to Desperados?

Okay, here’s the thing. Most beer enthusiasts/beer nerds would throw up in their mouths at the mere mention of Desperados. But I have drunk it before, and for the most part, enjoyed it. I know, I should cancel the website now.

But I love beer, and there are very few beers that I have not enjoyed. I’m not going to lie, just to score some points with a bunch of bearded twats who spend their life laughing at how “terrible Carlsberg is”. I also like Carlsberg btw.

I was quite surprised to learn that Desperados is not the only beer/tequila brand out there. You’ve got Amigos beer, and X-Mark. Then there is Cubanisto which is lager mixed with rum. I tried this about 5 years ago and absolutely hated it. But taste is subjective!

Now, if you are looking for a spirit-imbued beer that even beer nerds can enjoy your best bet would be the Innis & Gunn Original Oak Aged Ale. Beer that is matured in bourbon barrels where it soaks up the flavour.

If you’re looking for something a little fancier than a Desperado, then a Corona margarita might be the drink for you. I had one while in Cyprus in 2015, changed my life. Okay maybe it didn’t change my life exactly, but it tasted amazing. A cocktail that really does mix proper tequila and beer (plus whatever else goes into a margarita). 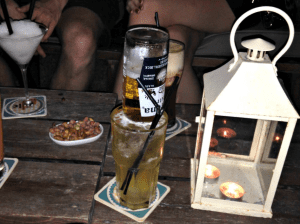