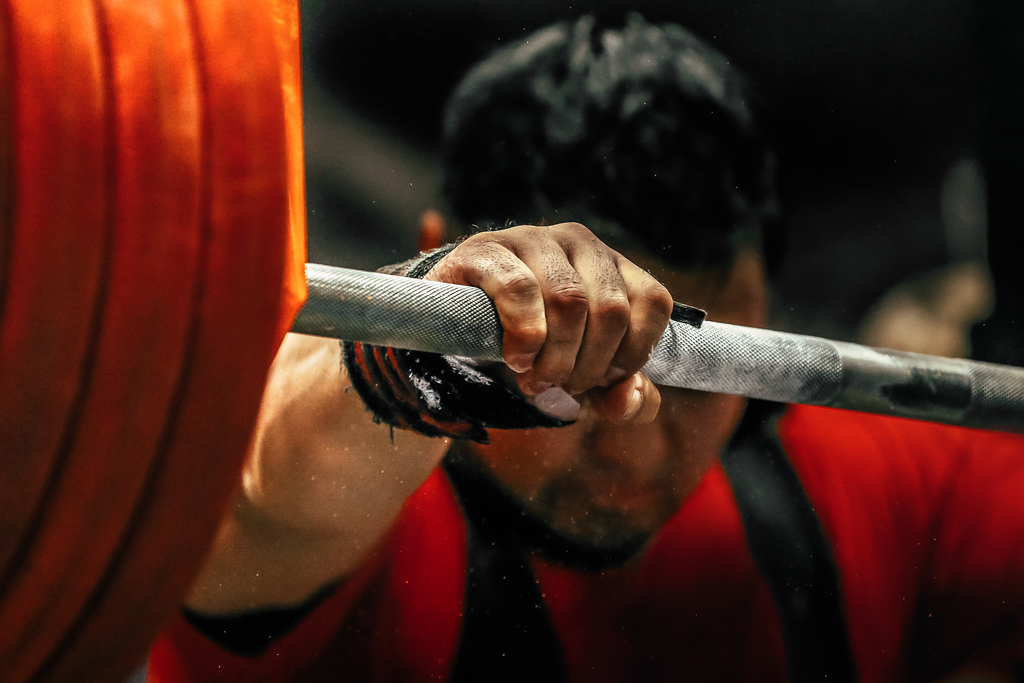 Why are Bodybuilders Weaker than Powerlifters?

Why are Bodybuilders Weaker than Powerlifters? It doesn’t make any sense! Bodybuilders are absolutely massive, made up of nothing but huge muscles. They train more than powerlifters, they take more drugs, and they are better funded. So why can’t they out-lift them?

In this article, we will talk about why bodybuilding and powerlifting require completely different focuses (towards the Pro end of the spectrum), and how the two forms of training can be combined. We will also look at famous bodybuilders who also participated in powerlifting.

Why are Bodybuilders Weaker than Powerlifters?

This question is a little like asking “why are 100m sprinters faster than 1500m runners?”. Bodybuilders are weaker than powerlifters because instead of focusing on lifting the heaviest weight possible they are focused on building the biggest muscles possible.

Strength and hypertrophy are often assumed to be linked. The idea is that the stronger you get the bigger your muscles will get. This is certainly true for the beginning of your training. For the first 2-3 years of lifting weights, you will see strength and size gains no matter which program you follow.

This is a simplification, powerlifters will often start their training programs with higher rep ranges and bodybuilders will spend time performing low rep sets with heavy weights. But in general, bodybuilders focus on more repetitions and training to exhaustion. While powerlifters focus on getting the heaviest weights in the air.

Another thing that affects bodybuilders’ ability to gain maximum strength is the focus they have to put on getting lean. A large proportion of their training year is spent in a huge calorie deficit as they attempt to drop as much body fat as possible. This is not optimal for gaining strength, instead, bodybuilders spend their time trying to preserve muscle.

That doesn’t mean that all powerlifters are stronger than bodybuilders though. In fact, the top Pro bodybuilders are almost certainly stronger than the vast majority of amateur powerlifters. Because they train harder and for longer than regular lifters, have access to incredibly effective steroids, and will have trained for decades. Having good genetics is also a factor.

Why are Bodybuilders Big But Not Strong?

Let’s be clear, bodybuilders are strong. Very strong. They may not be quite as strong as the top 10% of powerlifters, but they are still going to be the strongest guys in almost any gym. A better question is how come having big muscles does not translate into being as strong as a powerlifter?

To keep things simple, bodybuilders train for hypertrophy (size) while powerlifters train for strength. These are different training styles with different goals. Whether you are a bodybuilder, a powerlifter, or a regular gym-goer, you only have a certain amount of energy to expend during a session.

These approaches affect how muscles adapt on a cellular level. Powerful low-rep exercises increase the strength of fibres more than higher-rep but less intense exercises. Both approaches should see increases in strength and hypertrophy, but the ratio will be different.

But it’s not just about how muscle fibres adapt to exercises. It is also the intent of the lifter. A bodybuilder needs to put a lot of focus on every single muscle, prioritising muscle symmetry and aesthetics. Whereas a powerlifter mostly trains their muscles as a unit. This means that they are able to lift heavier weights and dedicate more time to pure power.

Bodybuilders will also have to dedicate around 30-50% of their training year to weight loss as they need to have very low body fat levels. This prevents them from building strength as they must instead attempt to retain as much muscle as possible while in a calorie deficit.

Bottom Line: Bodybuilders are both big and strong, they just aren’t as strong as elite powerlifters because their priorities differ, and they focus on building size.

Why are Bodybuilders More Ripped Than Powerlifters?

Bodybuilders are more ripped than powerlifters because they train for that specific goal. If a powerlifter wanted to get lean then they could, it would just impact on their strength. Which is something that most powerlifters do not want to do. That being said, many powerlifters have got very lean after retiring from the sport. Layne Norton is an example of a powerlifter who has switched to bodybuilding (and back) multiple times. When he competes in bodybuilding he can get very lean.

There can also be an element of genetics in this. Many successful powerlifters have a body type that lends itself to gaining size and maintaining higher levels of body fat. Whereas bodybuilders tend to have natural physiques that are better suited to high muscle, low body fat.

If you find it easy to pack on muscle but really struggle to keep your body fat levels low then becoming a powerlifter makes a lot of sense. Playing to your genetic strengths will allow you to excel. Take a look at Olympic level shott putters and compare them to Olympic level marathon runners. Two completely different body types.

When it comes to exercise, many people split everything into categories and act as if you can only pursue one or the other. It’s either cardio, strength, weight loss, or hypertrophy. But the vast majority of people are untrained. Meaning that if you start going for a jog twice per week you are probably going to be getting benefits from each category. Yes, even hypertrophy.

A 2014 study found that aerobic exercise could lead to small hypertrophy gains in untrained individuals. Yes, this mostly applies to populations who struggle to gain muscle (the elderly), but the point here is that exercise doesn’t fit into categories in the way that people expect.

If you are embarking on a new fitness regime, then that “bodybuilding program” that you follow will be building strength, improving your cardiovascular fitness, and gaining size (hypertrophy). When combined with a calorie deficit then it will also lead to weight loss.

If you instead choose to follow a “powerlifting program” then you will be building strength, improving cardiovascular fitness, and also gaining size. Combined with a calorie deficit, then you should also experience weight loss.

It is only as you become more experienced that you start to make decisions on what you want to do. And even then most people will be able to switch between the two. Even at an elite level!

To give you an idea of how strong bodybuilders can be, here are four bodybuilders who also competed as elite powerlifters.

How to Combine Bodybuilding and Powerlifting

Why would you want to combine two forms of training that have different outcomes? As with many things in life, if you want to get good at something then focus exclusively on it. That being said, you could flirt with powerlifting while pursuing a bodybuilding career.

You could follow a strength-building program while bodybuilding. But to be honest, you would probably need to be taking anabolic steroids to see real results. That’s because the training volume and intensity required would be too much for a natural bodybuilder.

If you have no desire to compete, then you can of course combine the two, but ask yourself why? What do you hope to get out of it?

Why are Bodybuilders Weaker than Powerlifters? Final Thoughts

Bodybuilders are weaker than powerlifters because they choose to focus on being better bodybuilders. Prioritising aesthetics over raw power is essential if you want to win bodybuilding competitions. However, it is certainly possible to be a bodybuilder and a powerlifter, we have seen examples of this at an elite level.

Focusing on one form of training then switching to another is a better option than trying to do both at the same time for the vast majority of people.