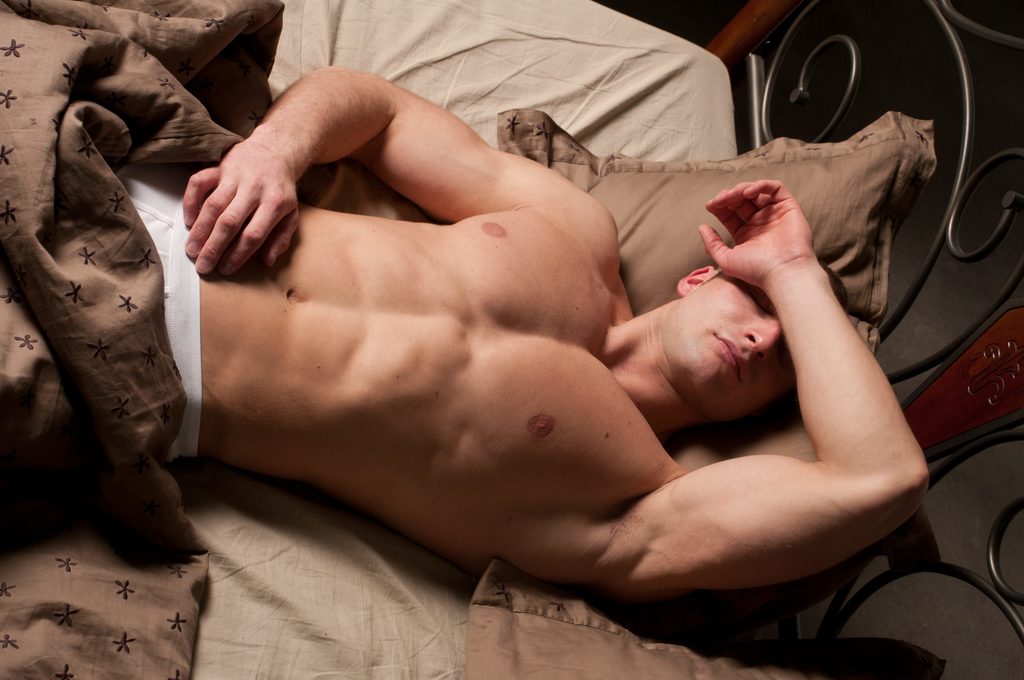 Can Bodybuilding Cause Erectile Dysfunction?

It’s an accusation that is often thrown at bodybuilders, both competitive and amateur alike. “All those muscles and can’t get an erection”. But how true is it? Can bodybuilding cause erectile dysfunction? Or are there other factors at play?

In this article, I will take a long hard look at the realities of bodybuilding and libido. That will be the last joke I make, promise!

Can Bodybuilding Cause Erectile Dysfunction?

If you’ve read the other articles in my bodybuilding series, you’ll understand that the first response to this type of question is always: That depends on what you mean by bodybuilding. This may sound like I’m being pedantic, but it really isn’t.

There is a world of difference between bodybuilding recreationally, bodybuilding naturally, and professional bodybuilding. Even if you split it up into these three categories, there are still situations that aren’t covered. What if you take anabolic steroids, but aren’t that serious in your bodybuilding?

Of course, this is a case by case situation, and many men who have no affiliation with bodybuilding suffer from erectile dysfunction. It’s not as black and white a subject as people would have you believe.

What is Erectile Dysfunction?

What are the Main Causes of Erectile Dysfunction?

Erectile Dysfunction is normally a physiological problem, but it can also be psychological. Stress and anxiety can lead to ED, particularly if that stress and anxiety are related to sexual performance. You’ll know if this is the case if you can get an erection while relaxed or first thing in the morning.

Physiological reasons for erectile dysfunction are usually due to ill health. Several prescription drugs can lead to ED as a side effect. Diabetes can cause ED, as can cardiovascular disease. In other words, being overweight is a common cause of erectile dysfunction.

There can be more practical causes too, there appears to be some evidence that prolonged cycling can affect some men’s ability to get an erection, due to compression of the nerves in the perineum while riding. Smoking is a big cause of ED as it leads to a narrowing of the arteries.

Interestingly, erectile dysfunction rarely appears to be caused by low testosterone levels alone. Often, there are a number of causes, such as obesity, diabetes, and CVD, with low testosterone being associated with metabolic diseases.

But what does exercise have to do with erectile dysfunction?

The Effects of Overtraining on ED

The belief that overtraining causes erectile dysfunction is very common. To be honest, when I started writing this very article, I believed that this was the case. But apparently not. This quote from Nutrition 2 Change sums things up well:

This makes a lot of sense in my opinion. Also, just because there aren’t any studies that prove that overtraining causes ED, that does not necessarily mean that this is not the case. There could be many reasons why science is playing catch up here.

Anecdotal evidence is not always useful (if COVID-19 has taught us anything, then it has taught us that). But science is often playing catch up to theories and beliefs that are in the gyms and in coaching philosophies.

Overtraining is something that can seriously affect natural bodybuilders and sometimes can even affect regular bodybuilders (though the high doses of testosterone they take help them to mostly avoid this). Exercising at a high volume without adequate rest and recovery will lead to fatigue, stress, anxiety, low testosterone, mood swings, and a lack of performance or muscle gain.

As you can see, many of the side-effects of overtraining can contribute to ED (stress, anxiety, fatigue). While there does not appear to be much scientific evidence that links overtraining and erectile dysfunction, there definitely appears to be a relationship.

The Effects of Steroids on Erectile Dysfunction

A 2018 study by Armstrong et al looked at the responses of Anabolic-Androgenic Steroid (AAS) users to a series of questions in an online form. The purpose was to learn about how steroid use affected sexual health.

321 men responded to the study, of which 231 met the requirements to be included. The men used the International Index of Erectile Function (IIEF) questionnaire, which is a standard test for erectile dysfunction.

Yes and no. The study found that IIEF scores were very high in men who were currently taking steroids, but very low in men who had taken steroids in the past but were currently steroid-free. The latter reported:

What seems to happen is that bodybuilders (and steroid users who aren’t bodybuilders) will get a protective effect against ED while they are taking AAS. However, while this is happening, their bodies will stop producing normal levels of testosterone naturally.

When the AAS user stops, their testosterone levels will fall fast, and without the body’s natural testosterone production they will begin to suffer from low T.

While we’ve established that low T has not been proven to cause ED, there does appear to be a lot of anecdotal evidence of this, and the Armstrong study definitely indicates that there is a connection between the two.

Bottom line? Steroids seem to protect against erectile dysfunction in the short term, but long term they appear to be a major factor in its occurrence.

How Can a Bodybuilder Avoid Erectile Dysfunction

The most obvious way for a bodybuilder to avoid ED is for them to avoid long-term steroid abuse. Training naturally is a much safer option, and won’t see the highs and lows of testosterone production that AAS use offers.

If you do decide to become a natural bodybuilder, then you’ll still wish to avoid overtraining. Not only is there a chance that overtraining could cause ED, but it has a whole host of other negative side effects that can affect your physical and mental health. Listen to your body!

If you are taking AAS, then all is not lost. For starters, short term you’ve got nothing to worry about. AAS users who are currently on a cycle appear to have better than average scores on the International Index of Erectile Function questionnaire.

But long term, you are going to want a strategy, not only to avoid ED, but to also avoid gynecomastia, low testosterone, depression, anxiety, and a whole host of other side effects.

It is certainly possible, but the more steroids you take, the harder it becomes. At some point, you’re going to have to make a decision regarding how much you want to win, and how well you want to live in later life.

If you want to avoid erectile dysfunction, then focusing on other areas of your life might be a good idea. Sleep 8 hours or more each night, don’t stay in a calorie deficit for too long, don’t overtrain, look for ways to manage stress and anxiety. Prepare for what you are going to do when you stop taking steroids and have a strategy laid out.

Is Bodybuilding Really the Problem?

Which of course it is not.

Done right, bodybuilding can actually help to minimise the risks. But as ever, bodybuilding is defined by the actions of the top 1% of bodybuilders, who happen to use anabolic-androgenic steroids to achieve unnatural physiques.

Cycling appears to be a bigger cause of erectile dysfunction, incidentally, it also appears to have a similar problem with performance-enhancing drug use, but that’s another story!

If you do have erectile dysfunction, then the first thing you should do is establish what the most likely cause is:

Then go and see your doctor, because there are many strategies that you can use to fix this issue.

Bodybuilding, as a form of weight training and diet, is not likely to cause erectile dysfunction. If anything, it may help to reduce the risk of it occurring. However, many of the lifestyle choices that are associated with bodybuilding (steroid use, high-volume training, poor recovery strategies) could end up causing erectile dysfunction.

If you are planning on taking anabolic steroids to help improve your physique and gym performance then you should know of the risks. Too many young bodybuilders think only of the short term benefits and neglect the long term consequences.

“That’s not going to happen to me, I’ll be different”

But sadly, life doesn’t often work out that way. The decisions you make now could well affect you in later life. On this website, I try not to be pro-steroid or anti-steroid. I wouldn’t touch the stuff personally, but that’s more because I have no desire to build a bodybuilder’s physique.

What I do try and do though is to sort the fact from the fiction when it comes to steroids. Sure, they certainly were vilified by the media in the 90s and 00s. They still are to this day, but with perhaps a little more knowledge and understanding that there are two sides to this story.

But steroids ARE dangerous when used incorrectly, and they are frequently used incorrectly. Because many of the people using them are young, inexperienced men who can’t get good advice as they are afraid to talk about it.

Be careful, no the risks, and stay safe out there. Avoid if possible.