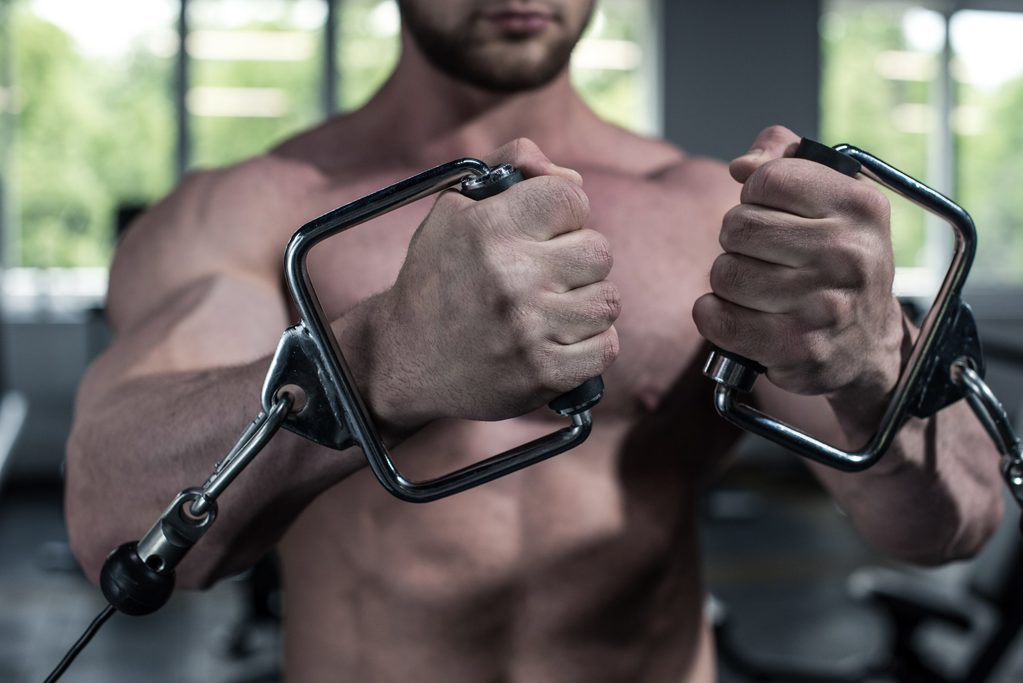 Can Bodybuilding Cause Heart Problems?

Bodybuilding is a sport that attracts a lot of controversy. Most of this controversy is centred around the culture of drug abuse that bodybuilding fosters. While there are many benefits to using steroids and other PEDs, there are many long-term issues that are associated with it. Can bodybuilding cause heart problems? Or is this worry overrated?

There are hundreds of cases of ex-bodybuilders dying of heart complications and a worrying number of young otherwise-healthy men dying. The cause of this appears to be steroid abuse, rather than bodybuilding. But for many, bodybuilding and steroid abuse go hand in hand.

In this article, I will highlight several studies, and the sad cases of some well-known bodybuilders to help get a good idea of how bodybuilding and heart problems are inextricably linked.

Can Bodybuilding Cause Heart Problems?

To answer this question properly, we need to separate bodybuilding from steroid use. It is true that professional bodybuilding and most stereotypical bodybuilders are taking anabolic steroids and other performance-enhancing drugs (PEDs). However, it is absolutely possible to be a bodybuilder without taking drugs.

There are two true statements about bodybuilding and steroid use:

The fact is, that bodybuilding without drugs is not harmful to your heart. In fact, it can be beneficial as you are promoting a lifestyle that involves good nutrition and regular exercise. But bodybuilding with steroids can be dangerous.

Bodybuilding as a form of exercise and nutrition has not been linked with increased risk of heart problems. The link is solely with steroid-assisted bodybuilding.

Before we explore all of the ways that traditional bodybuilding can lead to heart problems down the line. It is probably a good idea to balance the books a bit. For many lifters, bodybuilding is a drug-free form of training and nutrition that they follow to get a decent physique and to improve their health.

Of course, many don’t, but my point is that the term natural bodybuilding can be deceiving. From now on, we will talk about drug-free bodybuilding rather than natural.

Here are several benefits of following a drug-free bodybuilding program, all of which will help lower your risk of heart problems.

Whether they are better off than regular gym-goers, CrossFitters, Powerlifters, or recreational sportspeople, is another matter.

Bodybuilders Who Have Had Heart Problems

There have been many bodybuilders who suffered from heart problems, check out the following YouTube video to see ten of the most well-known. But you’ve also got Arnold Schwarzenegger, who had heart surgery in 2020 (more on him later on). Rich Piana, who died recently from a heart attack.

There have also been thousands of cases of young men dying young from heart attacks who weren’t famous. Who we will look at too.

As you can see from the video, none of the bodybuilders who died from heart attacks in that list made it past 60. Several died in their early to mid-thirties! Think about how crazy that is, a young man of 33 who exercises every day and eats well, dying from a heart attack. Scary.

But when you examine the science, it’s not actually that uncommon for bodybuilders to die that young.

A 2008 study by Wysoczanski, Rachko, & Bergmann reported on a 31-year-old bodybuilder who suffered an acute myocardial infarction. The man had been taking anabolic-androgenic steroids to build muscle mass.

Halvorsen, Thorsby, & Haug (2004) reported a Norwegian bodybuilder of 27 years who had a heart attack.

Apparently, the bodybuilder had been using anabolic steroids for 10 years prior to his heart attack and had no family history of heart disease or lipid disorder.

A German study by Tischer et al (2003) reported on a 32-year old bodybuilder who suffered a cardiac arrest and died. His heart had hypertrophied (grown much larger), and there had been structural changes to the coronary arteries.

Fineschi et al (2001) reported on two young and healthy bodybuilders who both died of heart complications. Both men had been taking anabolic steroids before dying.

This list could go on and on, but I think that the point has been made. There is clearly a link between bodybuilding and heart problems, that link appears to be anabolic steroids.

How Do Steroids Affect the Heart?

For a long time, the relationship between anabolic steroids and heart complications was not known, but there were theories. That the heart would grow overly large (hypertrophy) was one of the believed causes, platelet hyperactivity was another, and the structure of blood vessels was another.

“A causal relationship is not established, but a pathogenic role is plausible. Use of androgenic anabolic steroids has been associated with platelet hyperactivity, effects on vasoreactivity and changes in lipid levels.”

“Chronic abuse of anabolic steroids is widespread. Hypertrophy of skeletal and heart muscle is a well-known effect of chronic anabolic steroid abuse. Structural alterations of blood vessels are new side effects.”

Then a 2017 study in the Journal Circulation was published that may have found the answer. The current belief is that anabolic steroids increase the risk of heart complications in two ways. The first is that they prevent the heart from relaxing properly. Weakening the left ventricle during contractions, and leading to significantly lower pumping capacities.

“Compared to non-users, anabolic steroid users displayed both higher systolic and diastolic blood pressure as well as a higher prevalence of levels of bad (LDL) cholesterol in their blood.”

The second way in which anabolic steroids could cause heart complications is by causing increases in plaque in the arteries (which was already believed to be the case). Which is interesting, as this could tie in with diet.

Could Diet be the Problem?

But another theory is that his diet alone was responsible for the heart attack, as apparently, it was high in saturated fats and low in HDL cholesterol (good cholesterol). This was a very large man, who put his heart through intense pressure through exercise (and snorting high-caffeine pre-workouts), who’s diet was filled with foods that were likely to cause atherosclerosis.

It is possible that Rich Piana was at risk of a heart attack in any case. Just because he exercised regularly does not mean that he was immune from CVD. My theory? A combination of everything led to his sad passing.

This does raise the question of whether even a drug-free bodybuilder could be at risk? If their diet is rich in LDL cholesterol then all the exercise in the world may not help.

Could Exercise Itself Lead to Heart Problems?

This story has often been used (unfairly) as an argument – often semi-seriously – against running and exercise in general. However, there were many other factors that led to Jim Fixx sadly passing away. He was a smoker, was under a lot of stress, his father had died of a heart attack (genetic predisposition), and his weight had fluctuated a lot prior to taking up running.

But the idea set in. It’s not that crazy either. Exercise is designed to put pressure on your cardiovascular system, to work your heart past its comfort zone. That’s how you improve your heart health and lower your risk of heart complications.

However, if other aspects of your life are increasing your risk (as in Jim Fixx’s case) then the extra pressure from exercise could prove to be a catalyst.

An article in Men’s Health looked at a 25-year old Bodybuilder from England who sadly died from a heart attack. It mentioned exercise is one of a number of possible causes:

“straining and using a breathing technique called the Valsalva maneuver to hoist the heaviest load possible can create extreme spikes in blood pressure that, in people with an underlying weakness, can be a trigger.”

While exercise may have a role in heart problems, it does not really appear to be the main cause. More the straw that broke the camel’s back.

However, genetics could also be at play. Just as it was with Jim Fixx, and the 25-year old bodybuilder reported in Men’s Health. He has a congenital heart defect.

At the end of the day, a genetic predisposition to heart problems may well be the biggest factor in whether a bodybuilder has heart problems or not. Though steroids, bad diet, and risky exercise certainly play their part.

If there is one thing that you should walk away from this article certain of, it is the fact that taking anabolic steroids can cause a weakening of the heart, and an increased risk of heart problems. This can be a few months into your first ever cycle, or it can be 30 years after your retirement.

In many of my articles, I try to create a balanced answer. But in this case, I can’t. Before taking anabolic steroids, get your heart checked out by a doctor. If you have a genetic predisposition or congenital weakness your first cycle could well be your last!

Even if your heart is in top condition, focus on improving your diet so that you are eating lots of good cholesterol and reducing bad cholesterol to a minimum. Get your 8 hours of sleep per night. Avoid stress as much as possible, keep a heart rate monitor on while exercising at high intensity, and be careful.

Or go drug-free and live a long and healthy life.