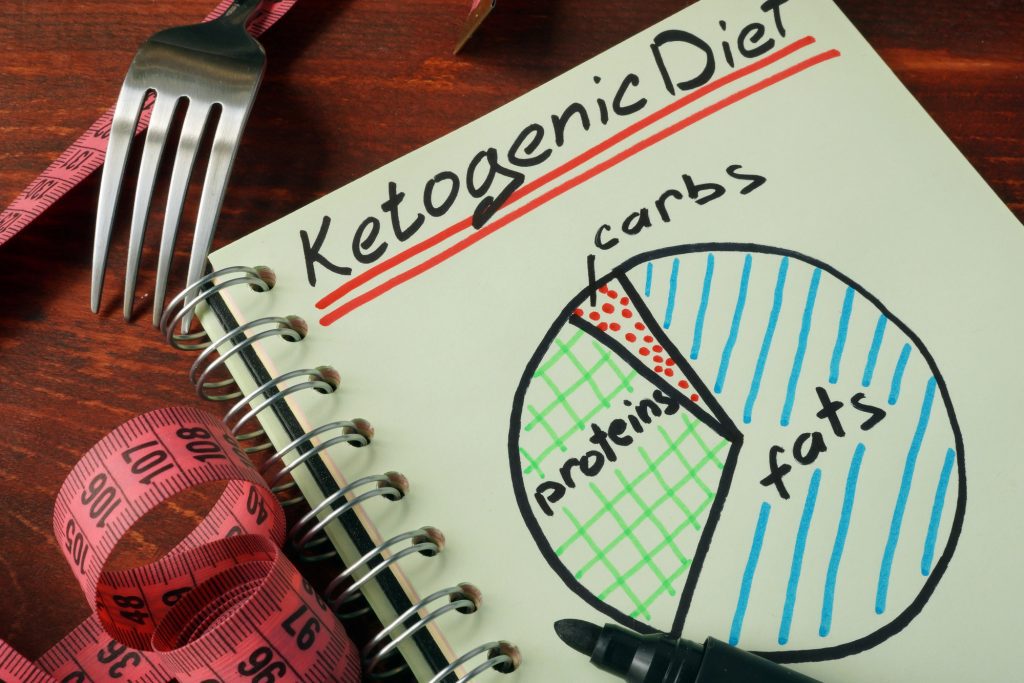 Do Bodybuilders Do Keto? A Complete Guide

The ketogenic diet is no longer the fresh new and exciting diet it was five years ago. Today, it is just a normal diet followed by a large number of believers. But is keto big in the bodybuilding world? Do bodybuilders do keto? If so, does keto offer them any advantages over their competitors?

Very few Pro bodybuilders follow the keto diet, as it is quite low in protein (by their standards). A lot of bodybuilders have followed diets that are low in carbs and high in fats, but the fat-to-protein ratio differs from a real ketogenic diet.

While researching this article, I found a lot of online statements about famous bodybuilders who followed keto diets. As far as I can tell, none of them actually followed a keto diet, they just ate a lot of fats and proteins while avoiding carbs. This is NOT what keto is. Hopefully, this article will explain what keto is and why most bodybuilders don’t use it.

What is a Ketogenic Diet?

The ketogenic diet is a very high-fat diet, with adequate protein, and as few carbohydrates as possible. High-fat diets such as Atkin’s are often incorrectly labelled as ketogenic, but the Atkin’s diet is higher in protein and lower in fat than keto.

A traditional ketogenic diet has a ratio of 4:1, that is 4 parts fat to 1 part carbs and protein. This works out at 80% fat, 15% protein, and 5% carbs. You can play around with these numbers slightly and still reach ketosis, but this ratio should give you a good idea of how low protein is compared to a normal diet.

The aim of a ketogenic diet is to achieve ketosis, this is where you have rid your body of glucose and glycogen, and instead of using these fuel sources, your body will use ketones that come from fats. Your body is now using stored fat as its main source of fuel.

The problem is that eating any carbohydrates will kick you out of ketosis. Even protein can affect ketone levels. So you need to avoid consuming too much of both for as long as you are following the ketogenic diet.

There are adaptations to the ketogenic diet that allow increased protein, but most of these adaptations appear to turn a keto diet into more of a modified Atkin’s diet.

Do Bodybuilders Do Keto?

Most bodybuilders do not follow a keto diet, if anything they follow a high-carb diet. Check out my article on bodybuilders and carbohydrates to learn more.

The problem with this whole debate is that it is difficult to prove whether keto diets are effective or not when it comes to bodybuilding. Why? Because bodybuilders take a lot of performance-enhancing drugs that affect the outcome.

Let’s say a bodybuilder who takes all the PEDs decides to go on a keto diet. After 12 months he looks amazing. Is that down to the diet? Or in spite of the diet? Hard to tell. We know for a fact that bodybuilders can create incredible physiques without following a keto diet.

But we can’t prove that they would build better physiques with a keto diet until a ketogenic bodybuilder wins Mr Olympia while his non-keto twin takes second place!

The effects of PEDs are so powerful, that whether you follow a keto diet or not may be academic.

Bottom Line: While there are certainly bodybuilders who follow keto diets, we don’t have any big-name bodybuilders who have found success on this diet. Even if they did, it would be hard to work out whether this was due to the keto diet itself, or other factors.

Can You Build Muscle on the Ketogenic Diet?

However, when it came to building muscle, the ketogenic diet failed to cause any muscle growth, while the non-ketogenic diet saw significant improvements.

Our results suggest that a KD might be an alternative dietary approach to decrease fat mass and visceral adipose tissue without decreasing lean body mass; however, it might not be useful to increase muscle mass during positive energy balance in men undergoing RT for 8 weeks.

Now, an eight-week study that only involved 24 participants is not going to convince any pro-keto groups, and I am not saying that this is definitive proof. But it is in line with what most people claim when it comes to keto diets and bodybuilding. Possibly good for cutting, not great for bulking.

Is Keto Bad for Bodybuilding?

Keto is not optimal for Pro bodybuilding, and may not be optimal for natural bodybuilders who want to compete. However, if you are bodybuilding because you want to improve your health and fitness then a keto diet is absolutely fine.

There is evidence that keto dieting can produce excellent fat loss results, so you may find it effective during a cut. According to this 2018 study, keto diets have been shown to be more effective than regular low-fat diets for weight loss [2]. But, over time the results are no different:

Ketogenic diets can help patients lose about 2 kg more than low-fat diets do at 1 year, but higher-quality studies show no difference. Weight loss peaks at about 5 months but is often not sustained.

What does this mean? If you are an amateur bodybuilder who wants to try a ketogenic diet, then you may see decent fat loss results. But when it comes to building muscle, the evidence points to following a non-ketogenic diet instead.

Will I Lose Muscle on Keto?

It is unlikely that you will lose muscle while following a ketogenic diet unless you are in a large calorie deficit. That being said, there are some studies that show a larger loss of muscle mass during a keto diet than a regular calorie deficit diet.

A 2018 study by Kephart et al found that following a ketogenic diet (calorie deficit) for three months led to a larger reduction in muscle mass than other diets [3]. The difference wasn’t huge, but significant all the same. During this study, participants were following a resistance training program, yet still lost muscle on keto.

Do Bodybuilders Do Keto? Final Thoughts

Many amateur bodybuilders follow ketogenic diets, and there may be the odd Pro bodybuilder who does too. But I would say that this is unlikely, as there appear to be no real benefits to doing so, and it may not be optimal.

If you want to find out what bodybuilders actually eat, then check my article here.

None of this means that you should not follow a ketogenic diet while bodybuilding, and I want to stress that I have no issue with this diet. Many keto dieters love it, and are happy to follow it for the rest of their lives.

But if you don’t like keto, then you can rest assured that you are not missing out on some magic bullet solution that will turn you into a bodybuilding superstar.

The best diet for amateur bodybuilders is the diet that is easiest to follow while still providing excellent results. That will be keto for some, Atkins for others, IIFYM for most, and even a vegan diet if that’s what you prefer.