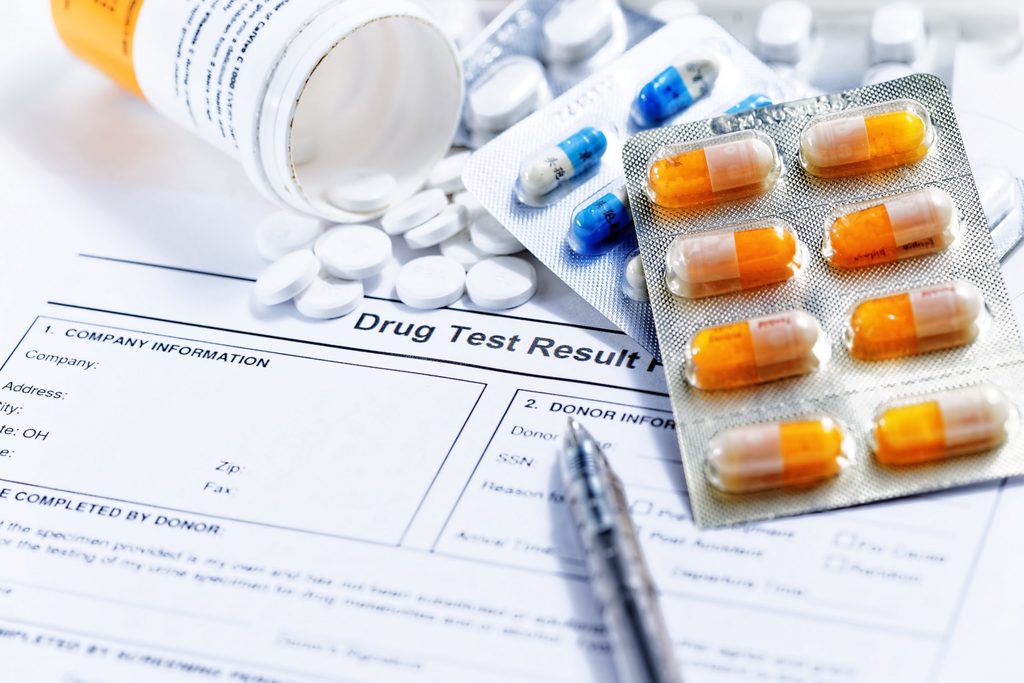 Do Bodybuilders Get Drug Tested?

Bodybuilders can be randomly drug tested during IFBB competitions, particularly during weigh-ins and early competition pre-judging. The finalists may also be randomly tested for anabolic steroids. It is easy to pass these tests as steroids vanish from your system within 14 days.

Now that we know the answer, let’s take a closer look at drug testing in bodybuilding.

Do Bodybuilders Get Drug Tested?

The internet is a funny place. You have access to all the answers you could ask for, yet many people will still refuse to believe the truth. Bodybuilders take anabolic steroids. This is not only obvious (just look at them), it is documented.

Flex Wheeler, Arnold Schwarzenegger, and Ronnie Coleman are just a small number of famous bodybuilders who have admitted to using steroids during their careers. There have also been numerous scientific studies that have found anabolic steroid use to be highly common in bodybuilding.

Yet still, there are people who claim that bodybuilders don’t take steroids. Their evidence? Bodybuilding competitions have drug testing.

On the surface, this is a pretty good argument. If everyone who enters a bodybuilding competition is tested for steroids and they all pass, then surely there are no steroids users in bodybuilding. But the answer is pretty obvious.

Testing for anabolic steroid use at a bodybuilding competition is completely useless. There are a few reasons for this:

Steroids aren’t the only substance that bodybuilders take, but many of the other illegal drugs are even easier to hide. Insulin stays in your system for less than one day and it is impossible to test for. Human Growth Hormone can leave your body within 17 hours.

What Drugs are Banned in Bodybuilding?

There are quite a few different bodybuilding federations, but the IFBB is the biggest of the lot, so I’m going to use their guide to answer this question. The IFBB splits its banned substances list into two. Drugs that are banned at all times, and drugs that are banned during competition times.

Drugs That are Banned at all Times

Anabolic steroids and hormones are obviously banned, EPO is used (mostly by cyclists) to increase red blood cell count allowing you to train for longer. It is unlikely that bodybuilders use EPO. Beta-2 agonists are used to improve breathing and are mostly used by asthmatics. There is little evidence that they actually improve performance, and again, bodybuilders are unlikely to use them.

Diuretics are used to rapidly drop water weight and are incredibly common in bodybuilding competitions. Jay Cutler was famously banned for failing a diuretics test in 2001, but his 2nd place was later reinstated after he took legal action.

While some diuretics do show up in tests, you would have to be pretty unlucky to be tested for them while they are in your system. There are also herbal diuretics such as dandelion that are not banned and provide the same results.

Masking agents are used to hide drugs that are currently in your system. As mentioned earlier, most bodybuilders are completely clear of drugs before a competition so have no need for masking agents.

Drugs That are Banned During Competition

Why are Steroids Banned in Bodybuilding?

Anabolic steroids and other drugs were banned in bodybuilding due to the health risks they cause. They also happen to be illegal, which would place bodybuilding authorities in a tricky position. Drug testing was brought in during the early 00s because bodybuilding wanted to become an Olympic sport. However, this was ultimately impossible as following the protocols required out-of-competition testing and bodybuilding would completely die as a spectator sport if this was enforced.

At the moment there is an uneasy truce at play. Bodybuilders accept that there will be random drug testing during competition, but that outside of competition they can pretty much do what they like. This provides an air of respectability for the sport without causing any issues for the participants. Don’t do anything stupid (like getting caught with steroids), curb your use before a competition, and treat questions about steroid use as taboo.

Do They Test for Steroids in Mr Olympia?

How do Bodybuilders Pass Drug Tests?

Many of the other banned substances are not taken by bodybuilders as bodybuilding does not require high endurance levels. Diuretics is one area that could be of concern as they are so important for getting shredded. But using legal herbal diuretics is an easy way of getting around this.

Should Bodybuilders Take Out of Competition Drug Tests?

So far, this article may have given the impression that I am against bodybuilders using steroids. That’s not exactly true. I have no problem with bodybuilders using steroids, provided they do so in a safe way, I also don’t really have a problem with the open secret that drugs are in bodybuilding. I just get annoyed when bodybuilding fans seem to believe that these physiques were created from whey protein powder and hard work.

If bodybuilders started taking out of competition, randomised drug tests then they would all eventually get caught. This would mean that Pro bodybuilding would eventually become natural bodybuilding. It would also mean the end of Pro Bodybuilding as a spectator sport.

Do I want this? No, not really. I’m quite happy with the status quo. I personally prefer the physiques of the 60s and 70s and would prefer that bodybuilding went back to that (and away from HGH), but this could be sorted out by a change in judging standards, rather than drug reform.

Yes, bodybuilders do get drug tested, but the tests are not effective at identifying drug cheats. The tests are basically useless. The only way to catch drug cheating in Pro bodybuilding is to start performing random out-of-competition drug tests. But these are financially unrealistic and would ruin bodybuilding. Pro bodybuilding has gone too far down the rabbit hole, and it has led to certain fan expectations that cannot be met with natural bodybuilding physiques. Drug use is an open secret in bodybuilding, and will probably stay that way for a long time to come.

Check out my article on natural bodybuilding to find out whether this drug-free form of bodybuilding is the real deal, or whether it is still a victim of heavy drug use.