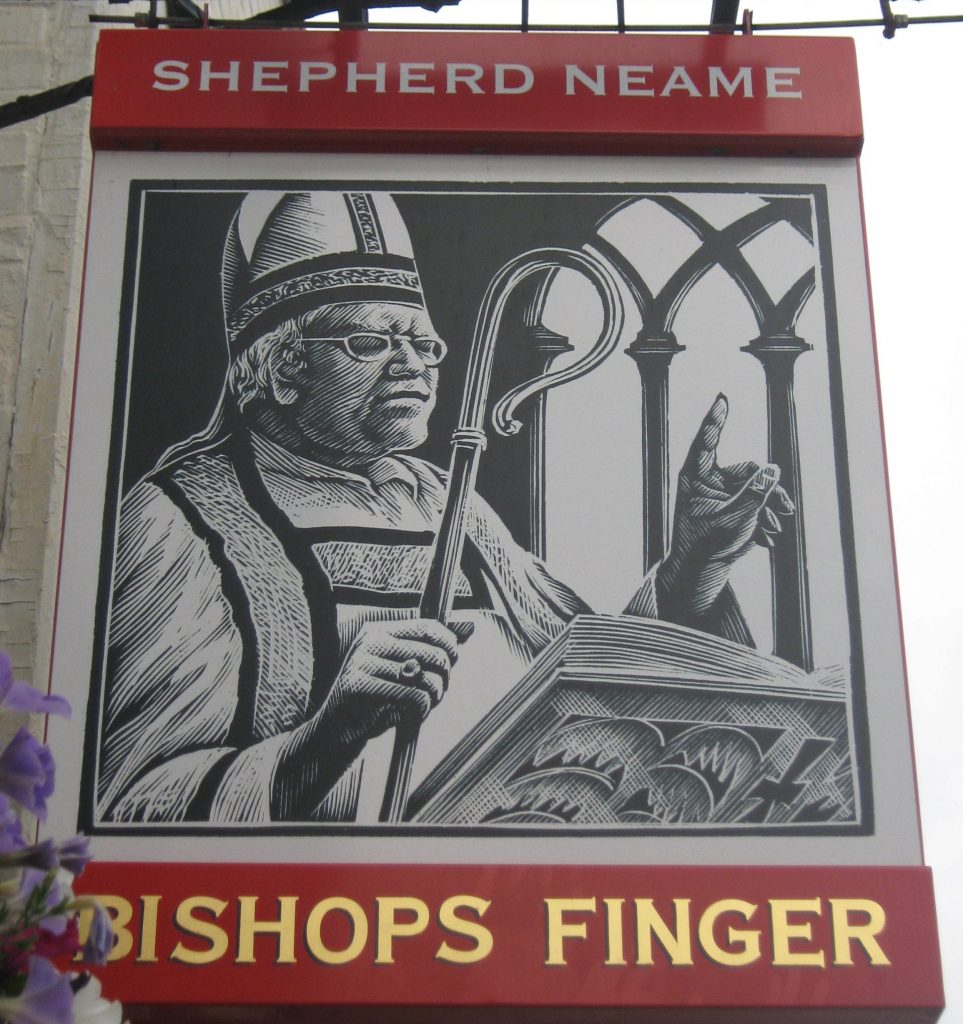 Bishops Finger Fact File: Everything You Wanted to Know

In this article, I will be taking a more in-depth look at the questions raised above. I will also be looking at beers that are similar to Bishops Finger.

How Many Calories Are There in a Pint of Bishops Finger?

Shepherd Neame may be the oldest brewery in the UK, but its website is very modern. Containing all the nutritional information a man could ask for. Bishops Finger has 45 calories per 100ml, I have used this to work out the calorie content of a pint and a bottle.

How Much Alcohol is There in Bishops Finger?

Bishops Finger is a Strong Ale, though compared to many beers it is still relatively light at just 5.4% abv.

Sadly not, Bishops Finger is brewed with malted barley so cannot be gluten-free. Greene King has recently started to bring out gluten-free versions of their most popular beers, it will be interesting to see if other breweries such as Shepherd Neame follow suit.

Most English Ales are not vegan as they use isinglass finings to clarify their beer. Isinglass comes from fish swim bladders, so they are classed as animal products. Bishops Finger from cask is NOT vegan as it uses isinglass. However, bottled or keg Bishops Finger IS vegan.

What Beer is Similar to Bishops Finger?

Bishops Finger is a strong ale/bitter, there are several excellent beers that are similar to it. Fuller’s ESB is one of the first beers that come to mind. Hobgoblin is another great choice, nice and strong but with complex flavours. King Goblin would be an even better shout if you are looking for strong tasting, powerful beers.

Abbott Ale by Greene King should also get a mention, as it is very similar to Bishops Finger. Young’s Special London Ale and even Old Speckled Hen should get a shout. Newcastle Brown Ale is not considered to be a strong ale or a bitter, but personally, it seems quite similar to me. Very strong tasting, dark, and drinkable, but not overpowering.

Check out my article on English beer to learn more about the many other awesome beers that England has to offer.

Why is it Called Bishops Finger?

Let’s be honest, Bishops Finger is a rubbish name for a beer! Odd sexual connotations aside, it’s just plain odd. I assumed that it was named after a landmark near the brewery, in the way that Theakston Old Peculier is named after a Parish in Masham.

Turns out that Bishops Finger is named after a finger-shaped signpost that used to direct Pilgrims to the Tomb of Thomas a Becket in Canterbury.