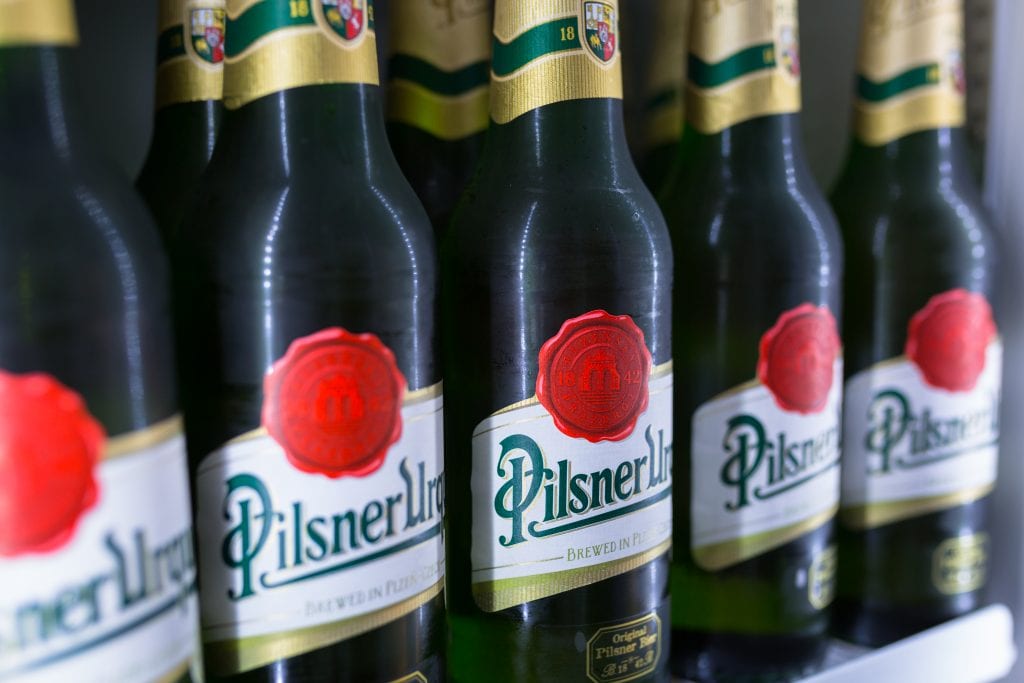 Pilsner Urquell Fact File: Everything You Wanted to Know

There are 239 calories in a pint of Pilsner Urquell (568ml). It is 4.4% abv. Due to Pilsner Urquell containing malted barley, it cannot be gluten-free. However, it is vegan-friendly.

In this article, I will take a look at all of the questions raised above, and try to answer them in more detail. I will also talk about beers that are similar to Pilsner Urquell, in case you fancy something a little different.

How Many Calories Are There in Pilsner Urquell?

Although the website does not mention the calories in Pilsner Urquell, I was able to find nutritional information on the Tesco website (always a good source in my opinion). There are 42 calories per 100ml. I have based all calculations off of that.

How Much Alcohol is There in Pilsner Urquell?

Pilsner Urquell is 4.4% abv, there is no difference between the canned, bottled, or draft version.

Pilsner Urquell is brewed with malted barley, so it cannot be considered gluten-free.

Unlike many English beers, Pilsner Urquell does not contain isinglass finings. This means that it is vegan-friendly. To learn more about isinglass and its effect on vegan beers, check out my article on the subject.

What Beer is Similar to Pilsner Urquell?

Pilsner Urquell is the original pilsner. This style of beer has become the most popular in the world, meaning that there are thousands of beers similar. But that does not mean that those pilsners are worthy replacements.

Pilsner Urquell is a Czech beer, and the first place to look for similar beers would be there. Other Czech beers include Staropramen, Budvar, Kozel, and Pravha.

Your next port of call for quality pilsners must be Germany. You’ve got the familiar beers such as Beck’s and Holstein Pils, then there is Veltins (a superb pilsner), Flensburger, Warsteiner, Bitburger, and Rothaus.

How to Serve Pilsner Urquell

Pilsner Urquell is quite unique in how it is served in Czech bars.

Firstly, it should be explained that beer is cheaper in the Czech Republic than in the UK. So the idea of someone ordering a beer that is almost all foam isn’t quite as insane. Secondly, the foam from draft is different from regular beer foam. Creamier and smoother, changing the amount of foam, changes the consistency and the strength of the beer.

It should also be noted that the “milk” version is rarely ordered (as far as I can tell). Check out this article to learn more about this odd way of pouring beer.