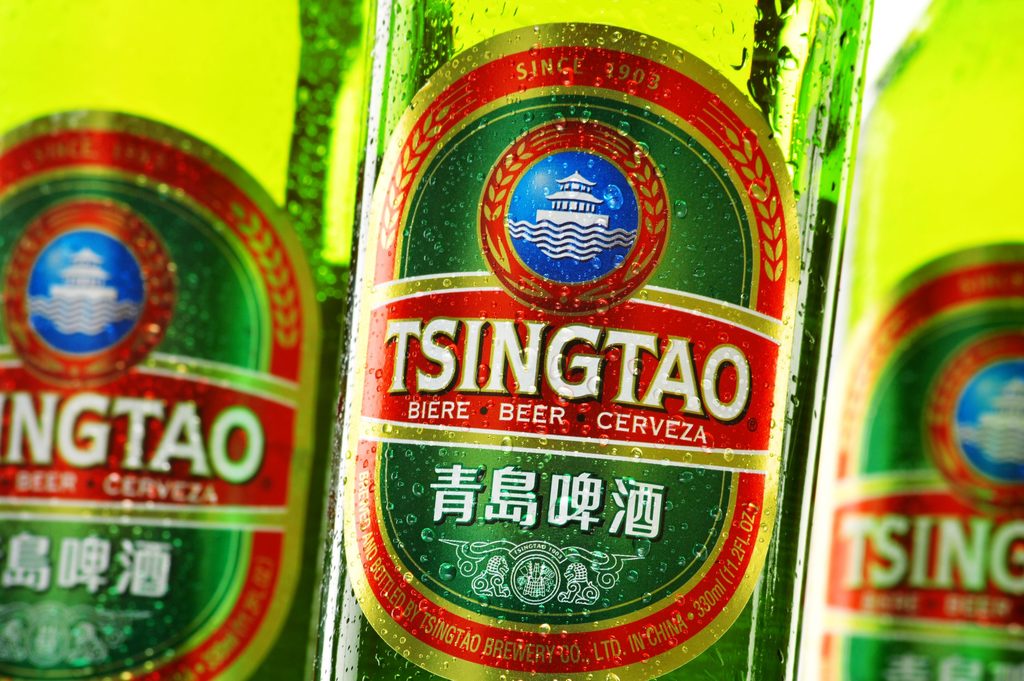 Tsingtao Fact File: Everything You Wanted to Know

Tsingtao is China’s second-biggest brewery. It was founded by German settlers and uses Czech hops which probably explains why it is such a good pilsner. But how many calories are there in Tsingtao? How strong is it? Is Tsingtao gluten-free? Or vegan? What beer is similar to Tsingtao? Let’s find out.

There is an estimated 132 calories in a 330ml bottle of Tsingtao beer. However, the brewery provides no nutritional information to verify this. Tsingtao is 4.7% abv. As Tsingtao contains malted barley it cannot be gluten-free. Tsingtao beer is vegan.

In this article, I will go into more detail while answering each of the questions raised above. I will also talk about beers that are similar to Tsingtao, in case you fancy something a little different next time.

How Many Calories Are There in Tsingtao?

Breweries are not legally obliged to display the calorie content of their beer, and Tsingtao Brewery has chosen not to do so. I could theoretically call up the helpline in Dublin (they have no email) but I’ll be honest, I don’t want to! As such, I have had to use the ever-reliable beer calorie calculator, which has given me an estimate of 40 calories per 100ml (39.87 to be exact).

If Tsingtao Brewery ever publishes its nutritional information I will of course update this page. But for now, we’ll have to stick to the estimate.

How Strong is Tsingtao?

Tsingtao beer is 4.7% which is pretty average for a pilsner.

Tsingtao contains malted barley so cannot be considered gluten-free. However, it now uses a combination of barley and rice, so maybe lower in gluten than many other beers.

Yes, as Tsingtao does not use isinglass finings (or similar animal product) to clarify the beer it can be considered vegan. To learn more about isinglass, veganism, and beer, check out my article on the subject here.

What Beer is Similar to Tsingtao?

Tsingtao beer is a pilsner beer, based on the recipe of German brewers and using Czech hops. This means that it is going to be quite similar to most pilsners in the world. You can start off with beers that are geographically close to it.

Asian beers often use rice to brew their beer, and Tsingtao is no exception. This doesn’t affect the taste much, but makes it cheaper to produce and lowers the gluten content. Asian pilsners that are similar include Tiger beer, Asahi, Kirin Ichiban, Snow beer, Chang, and Singha beer.

Alternatively, you can look at German pilsners such as Veltins, Rothaus, Beck’s, Holstein Pils, Flensburger, Bitburger, and Warsteiner. Check out my article on German beers to learn more about German pilsners (plus their many other beer varieties).

You can also take a look at Czech beers such as Staropramen, Kozel, Budvar, Pilsner Urquell, and Pravha. These will be brewed with similar hops to Tsingtao, but obviously different water and no rice. Poland also has some seriously good pilsners but often gets overlooked. Check out my article on Polish beers to learn more.