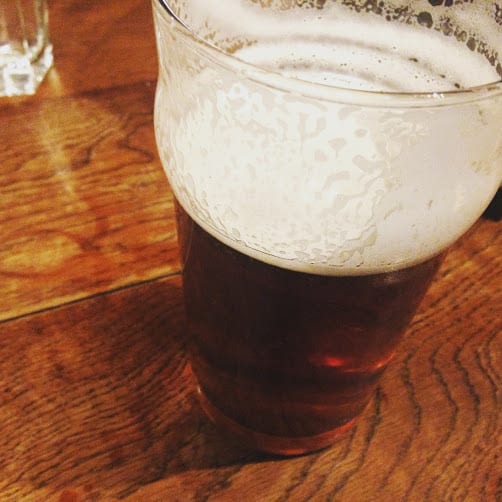 Ruddles County Ale: Everything You Wanted to Know

Ruddles County Ale is one of the best bitters in England. You can find it at many Wetherspoons around the country, and the cans and bottles are available in most supermarkets. But how many calories are there in a pint of Ruddles County Ale? How strong is it? Is Ruddles gluten-free? Or vegan? What beer is similar to it? Let’s find out.

In this article, I will try to answer each of the questions above, and go into more detail. I will also name several beers that are similar to Ruddles County Ale, in case you fancy something a little different.

How Many Calories Are There in a Pint of Ruddles?

Ruddles is now owned by Greene King, which don’t appear to ever publish calorie information about their beers. I’ve emailed the company, but until I get an answer I can only give an estimate. I used the beer calorie calculator website for my estimate. The equation told me that it should have around 36.48 calories per 100ml. I have based all subsequent estimates off of that. I will update the information when I hear back from Greene King.

How Much Alcohol is There in a Pint of Ruddles?

Ruddles County Ale is 4.3% abv, up until recently, the beer was 4.7% abv. I’m not sure when this changed, but you can still see evidence of it being stronger online. This of course affects the calories, which may also explain why there are so many different estimates out there.

Sadly not. Ruddles is clarified (sediment and yeast removed) using isinglass. This comes from fish swim bladders, so the beer cannot be classed as vegan. If you would like to learn more about isinglass and veganism in the brewing industry check out my article on the subject.

What Beer is Similar to Ruddles?

Ruddles County Ale is an English bitter, so the most obvious beer to mention would be Ruddles Best Bitter. Out of the two, I prefer County Ale, but both are really decent beers. Then you’ve got other English beers such as Greene King IPA, Black Sheep Ale, Badger Bitter, Fuller’s London Pride, Hobgoblin, and Harvey’s Sussex Best. Abbot Ale is another similar beer, also available at Wetherspoons.

Ruddles is one of my dad’s favourite breweries, so I’ve always been aware of it. Wetherspoons also used to sell it for about £1.50 a pint when I was 18, so I drank a lot of it. There are better examples of English bitter out there, but Ruddles holds its own.

I think that the low price that Wetherspoons charges for Ruddles has affected how the public perceive it. But it is a great English Ale that is perfectly sessionable, and well worth checking out.