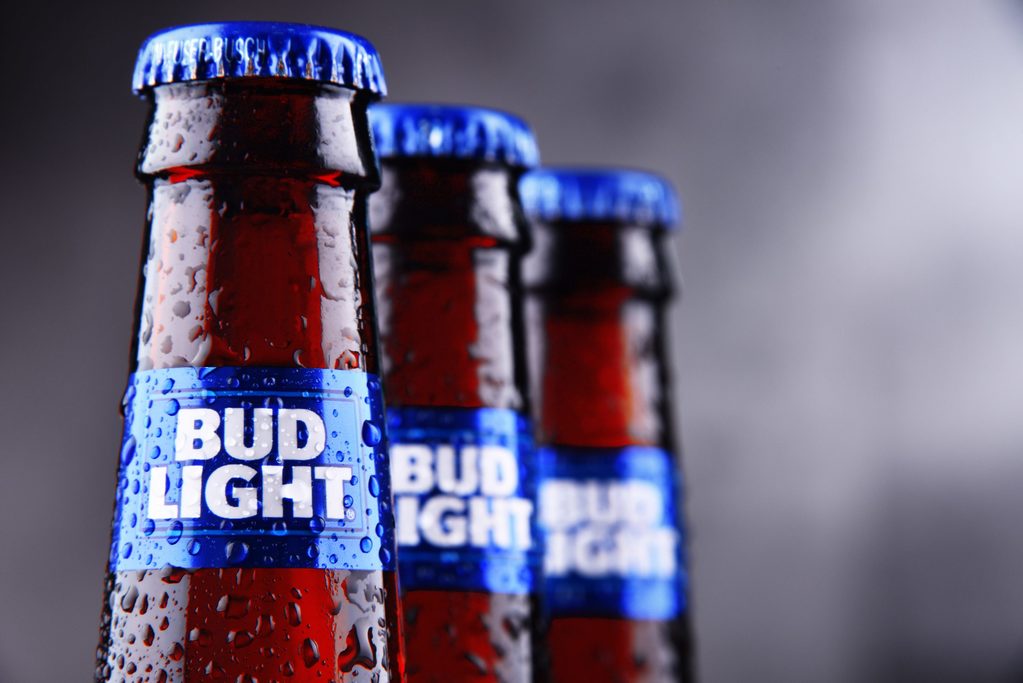 Bud Light Fact File: Everything You Wanted to Know

Bud Light is perhaps the most famous “diet” beers in the world, it is extremely popular in the US and the UK. But how many calories are there in Bud Light? How strong is it? Is Bud Light gluten-free? Or vegan? What beer is similar to Bud Light? Let’s find out.

There are 152 calories in a pint of Bud Light, 27 calories per 100ml. Bud Light is 3.5% abv. Due to Bud Light being brewed with malted barley, it cannot be considered gluten-free. Though as it is part-brewed with rice, it may be lower than many beers. Bud Light is vegan.

In this article, I will take a look at all of the questions raised above, and try to answer them properly. I will also take a look at some beers that are similar to Bud Light, which you may want to try if you fancy a change.

How Many Calories Are There in Bud Light?

The Bud Light website is really useful here, giving us the calorie content of each of their products. But I guess that’s not surprising, being low in calories is their whole schtick. There are 27 calories per 100ml of Bud Light.

These numbers are very low, particularly compared to some of the lagers I’ve recently written about. Estrella Damm, for example, contains 50 calories per 100ml. Almost double the calories.

How Much Alcohol is There in Bud Light?

There are quite a few low-calorie beers that are pretty strong, but Bud Light is … well … light! Just 3.5% abv. This is very low for a pale lager (they are usually between 4.5% and 5.5%) but is around the same strength as many English Ales such as Greene King IPA.

No, due to the use of malted barley in the brewing process, Bud Light cannot claim to be gluten-free. However, the levels of gluten would be particularly low as Bud Light is only part-brewed with barley and part-brewed with rice.

Yes, good news for vegan beer drinkers, Bud Light is not made with any animal products. Very few American beers are to be fair. English ales are often brewed with isinglass, which comes from fish swim bladders.

Isinglass is used to clarify beers (remove sediment and yeast), but commercial lagers such as Bud Light can do this without isinglass. To learn more about this, check out my article on drinking beer as a vegan.

What Beer is Similar to Bud Light?

The first example of a beer similar to Bud Light that I can think of would be Coors Light. I’ve had both recently, and they were better than I was expecting.

I’d go so far as to say that I enjoy Bud Light (I’ll hand in my beer nerd membership card). Check out my article on zero carb beers to see a selection of low-calorie beers that are similar to Bud Light.

But, as I said in my Coors Light article if you are trying to lose weight, you really don’t need to switch to low-cal beers. A low-calorie beer such as Bud Light is not that much lower in calories than a regular beer.

What you need to do is address your drinking habits. You should also focus on the rest of your diet, as well as your activity levels. I wrote an article on losing weight while drinking beer, check it out if you’d like to learn more.

I also wrote an article on the best beer to drink while dieting, which may also be helpful.